Current time in Borgarnes is now 12:27 PM (Saturday) . The local timezone is named " Atlantic/Reykjavik " with a UTC offset of 0 hours. Depending on the availability of means of transportation, these more prominent locations might be interesting for you: Sauðárkrókur, Akureyri, Selfoss, Reykjavík, and Leira. Since you are here already, make sure to check out Sauðárkrókur . We saw some video on the web . Scroll down to see the most favourite one or select the video collection in the navigation. Where to go and what to see in Borgarnes ? We have collected some references on our attractions page.

Hitching salmon on Langá River, Iceland. Salmon fishing when it is best!! ..

Borgarnes is a town located on a peninsula at the shore of Borgarfjörður in Iceland. It has a population of 1,763 (as of January 2011). The town is located 60 km north of the capital Reykjavík and is connected to other places in Iceland through the second largest bridge in Iceland, Borgarfjarðarbrú. Borgarnes is the biggest town in the Borgarbyggð municipality.

Western Region is one of the traditional eight regions of Iceland, located on the western side of the island. The biggest town in the region is Akranes, with a population of 6300.

Borgarfjarðarbrú is the second longest bridge in Iceland, after Skeiðarárbrú. It crosses Borgarfjörður, linking Borgarnes to Route 1 (the Ring Road) and connecting the town with other parts of Iceland. It spans 520 m and was opened on 13 September 1981. Repairs on the bridge started on 16 August 2012, leaving only one lane open, controlling traffic using traffic lights.

Borg á Mýrum is an ancient farm and church estate due west of Borgarnes township. Its recorded history reaches back to the settlement of Iceland. One of the country's original settlers was Skallagrímur Kveldúlfsson, who claimed the area around Borg as his land, built a farm and made his home there. His son Egill Skallagrímsson then continued to live and farm at Borg á Mýrum. Today there is a monument to Egill at Borg. 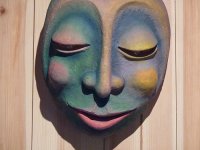