Delve into Sondi in Indonesia

Current time in Sondi is now 03:49 AM (Tuesday) . The local timezone is named " Asia/Jakarta " with a UTC offset of 7 hours. Depending on your travel modalities, these larger destinations might be interesting for you: Simpang Raya, Silaubataran-hulu, Saribudolok, Parapat, and Panguruan. While being here, make sure to check out Simpang Raya . Are you curious about the possible sightsseing spots and facts in Sondi ? We have collected some references on our attractions page.

Barusjahe is a subdistrict and village of Karo Regency. It is a major production centre for growing oranges, and for cut flowers. It is located in the east of Karo regency, bordering Merek subdistrict to the south, Simalungun Regency to the southeast, and Deli Serdang Regency to the north east. To the west is Tigapanah subdistrict. It is 16km from Kabanjahe, and 101 km from Medan. The elevation is 1200 metres, and the area is 128.04 square kilometres. There are 19 desa within Barusjahe.

Pematangsiantar (sometimes written as Pematang Siantar, acronym PT. Siantar or P. Siantar, colloquially just Siantar but the official name has no space) is an independent city in North Sumatera, Indonesia, surrounded by, but not part of, the Simalungun Regency. Pematangsiantar formerly had the status of a second level district (daerah tingkat dua) and has been elevated to Kota - its population was 219,319 in 1990 Census, 242,756 in 2000 Census, and 229,525 in the 2005 Intercensal count. 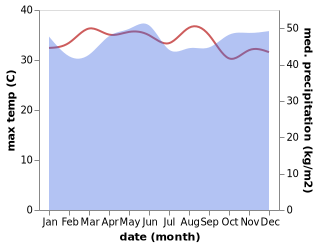