Time in Alor Star is now 05:19 AM (Sunday) . The local timezone is named " Asia/Kuala Lumpur " with a UTC offset of 8 hours. Depending on your travel resources, these more prominent places might be interesting for you: Surat Thani, Nakhon Si Thammarat, Medan, Yaring, and Yala. Being here already, consider visiting Surat Thani . We collected some hobby film on the internet . Scroll down to see the most favourite one or select the video collection in the navigation. Check out our recomendations for Alor Star ? We have collected some references on our attractions page.

Welcoming Ramadhan 1431, I threw visits to these 3 Masjids in my hometown, Alor Setar, Kedah, Malaysia. Technically, it is made from 8925 images. Per frame is made of 5 bracketed HDR shots with +-1.0 ..

Alor Setar, or also known as Alor Star in 2004-2008, is the capital of Kedah, Malaysia; largest city in the state of Kedah; important city in the west coast of Peninsular Malaysia. The city houses the Kota Setar District Administrative Centre at the City Muadzam Shah and the royal city of Kedah, City Anak Bukit. Alor Setar is located 93 kilometers north of Butterworth, Penang and 45 km from the southern border of Thailand.

City Plaza is the main shopping mall in the city of Alor Setar, Kedah, Malaysia. It is located in the heart of the CBD area of the city. The mall facility includes a bookstore, bowling alley and cinema.

The Alor Setar railway station is a Malaysian train station located at and named after the state capital city of Alor Setar, Kedah.

Darul Aman Stadium is an all-seater and a multi-purpose stadium in Alor Star, the capital of state of Kedah, Malaysia. It is currently used mostly for football matches. The stadium was built in 1967. It has a capacity of 32,387 seats after the expansion in 1997. It was one of the venues for the 1997 FIFA World Youth Championship. It is the official stadium for Malaysian Super League's club Kedah FA and Malaysian Premier League's club Kuala Muda NAZA FC. 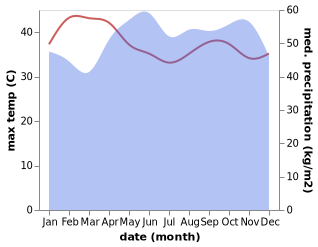