Ntonggu in the region of Nusa Tenggara Barat is a place in Indonesia - some 832 mi or ( 1339 km ) East of Jakarta , the country's capital city .

Time in Ntonggu is now 02:15 AM (Saturday) . The local timezone is named " Asia/Makassar " with a UTC offset of 8 hours. Depending on your budget, these more prominent locations might be interesting for you: Waworada, Weetobula, Waimangura, Makassar, and Tangga. Since you are here already, consider visiting Waworada . We saw some hobby film on the internet . Scroll down to see the most favourite one or select the video collection in the navigation. Where to go and what to see in Ntonggu ? We have collected some references on our attractions page.

I went to Bali island in Indoneasia. Bali is one of the famous beach resort in Asia. One of the places I visited is Uluwatu-temple. I watched Kechak-dance there. There are so many violent monkeys ther .. 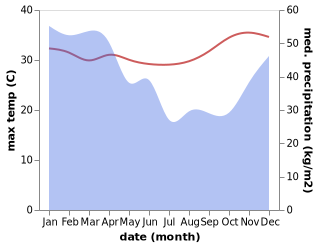