Time in Bandung is now 04:13 AM (Saturday) . The local timezone is named " Asia/Jakarta " with a UTC offset of 7 hours. Depending on your budget, these more prominent locations might be interesting for you: Yogyakarta, Wanaraja, Ujungberung, Tasikmalaya, and Bandar Lampung. Since you are here already, consider visiting Yogyakarta . We saw some hobby film on the internet . Scroll down to see the most favourite one or select the video collection in the navigation. Where to go and what to see in Bandung ? We have collected some references on our attractions page.

Another Day In Paradise - Phil Collins

In this episode, our hosts discover the joys of vacationing in Bandung, Indonesia, also known as the Paris of Java, in their bid to find the right room for friends travelling together on a shopping ge ..

Gedung Sate is a neo-classical building mixed with native elements. Once the seat of the Dutch East Indies department of Transport, Public Works and Water Management, it now serves as the governor's office of the West Java province in Indonesia. Located in Bandung, it was built in 1920 after a design by Dutch architect J. Gerber.

Universitas Padjadjaran (Padjadjaran University or UNPAD) is an institution of higher learning located in Bandung, which is the provincial capital of West Java, Indonesia. UNPAD was established on 11th of September 1957, and officially opened by the President of Republic Indonesia Soekarno on the 24th of September 1957.

Siliwangi Stadium is a multi-purpose stadium in Bandung, Indonesia. It is currently used mostly for football matches. The stadium is owned by the Siliwangi Regional Military Commando (Komando Daerah Militer Siliwangi). The stadium holds 25,000 people after renovation in 2011. It is the home stadium of Persib and PS TNI.

SMU St. Angela is a private Catholic school located at Jalan Merdeka 24 Bandung, West Java. It was founded by Dutch Ursuline nuns in 1905. The school was originally exclusive for female students, but now it also accepts male students. Although it's a private Catholic school, it also accepts non-catholic students. The school's motto is "Serviam", roughly translates as "to serve". 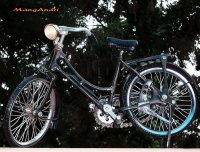 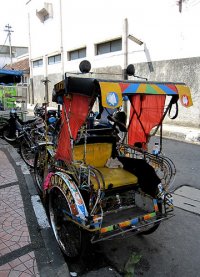 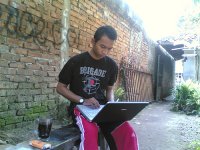 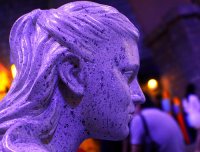 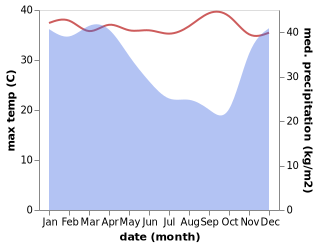