Time in Marrakech is now 07:46 PM (Sunday) . The local timezone is named " Africa/Casablanca " with a UTC offset of 0 hours. Depending on your budget, these more prominent locations might be interesting for you: Youssoufia, Touggana, Touama, Tazi, and Taroudant. Since you are here already, consider visiting Youssoufia . We saw some hobby film on the internet . Scroll down to see the most favourite one or select the video collection in the navigation. Where to go and what to see in Marrakech ? We have collected some references on our attractions page.

An overview of the city of Marrakech, Morocco, including souks, tannery, jamaa el fna, museum of Marrakech, Bahia Palace, Saadian tombs and more. ..

The Majorelle Garden is a twelve-acre botanical garden and artist's landscape garden in Marrakech, Morocco. It was designed by the expatriate French artist Jacques Majorelle in the 1920s and 1930s, during the colonial period when Morocco was a protectorate of France.

Stade El Harti is a multi-use stadium in Marrakech, Morocco. It is currently used mostly for football matches and hosts the home games of Kawkab Marrakech. The stadium holds 20,000 people. It is due to be replaced by Stade de Marrakech in 2009.

The Ben Youssef Madrasa was an Islamic college in Marrakech, Morocco, named after the Almoravid sultan Ali ibn Yusuf (reigned 1106–1142), who expanded the city and its influence considerably. It is the largest Medrasa in all of Morocco. The college was founded during the period of the Marinid (14th century) by the Marinid sultan Abu al-Hassan and allied to the neighbouring Ben Youssef Mosque. The building of the madrasa was re-constructed by the Saadian Sultan Abdallah al-Ghalib (1557–1574).

Jamaa el Fna is a square and market place in Marrakesh's medina quarter (old city). The origin of its name is unclear: Jemaa means "congregational mosque" in Arabic, probably referring to a destroyed Almoravid mosque. "Fanâʼ" or "finâ'" can mean "death" or "a courtyard, space in front of a building. " Thus, one meaning could be "The mosque or assembly of death," or "The Mosque at the End of the World".

Station Marrakesh is a railway station in Marrakesh, Morocco; it is currently the southern end-point of the Moroccan railway system. The current station was opened on August 10, 2008. From Marrakesh there is a direct rail link to Casablanca and Fes. Station Casablanca Voyageurs offers connections to Tanger or Oujda. 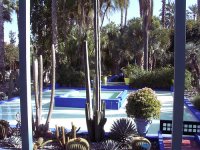 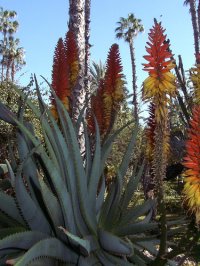 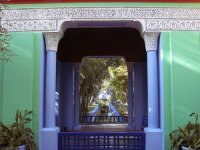 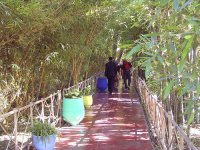 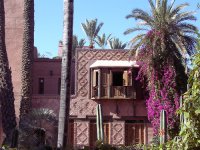 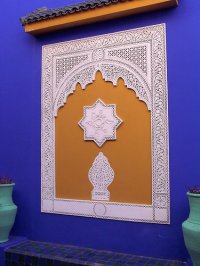 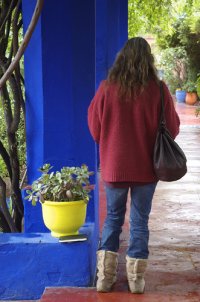 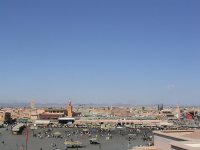 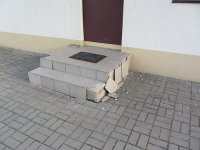