Local time in Odda is now 01:52 AM (Saturday) . The local timezone is named " Europe/Oslo " with a UTC offset of 1 hours. Depending on your flexibility, these larger cities might be interesting for you: Aarhus, Aalborg, Trondheim, Steinaberg, and Stavanger. When in this area, you might want to check out Aarhus . We found some clip posted online . Scroll down to see the most favourite one or select the video collection in the navigation. Are you looking for some initial hints on what might be interesting in Odda ? We have collected some references on our attractions page.

Eitrheim is a village in Odda municipality, Norway. As of 2003 it is considered a part of the Greater Odda area.

Sandvinvatnet is a lake in the municipality of Odda in Hordaland county, Norway.

Tyssedal is a village in Odda municipality in Norway with about 700 inhabitants and is situated 6 km north of Odda center. Tyssedal is located in a charming environment between fjords and mountains, in the fjord arm Sørfjorden and at the edge of the Hardangervidda mountain plateau. Tyssedal is a typical monotown, depending upon the energy received from the hydropower station.

Norwegian Museum of Hydropower and Industry

The Norwegian Museum of Hydropower and Industry (Norwegian: Norsk Vasskraft- og Industristadmuseum) is a cultural history museum in Tyssedal and Odda in Hordaland county, Norway. The museum is dedicated to the industrial history of Odda and Tyssedal, and more generally to history related to rivers and water, hydropower production, electricity, power intensive industry and its society.

The Tyssedal Power Station is a hydroelectric power station and museum located in Tyssedal in the municipality Odda in Hordaland, Norway. The station was designed by architect Thorvald Astrup. It started production in 1906 and operated at a combined installed capacity of 100 MW from 1918, with an average annual production of 700 GWh. The plant was protected by the Norwegian Directorate for Cultural Heritage in 2000, and is part of the Norwegian Museum of Hydropower and Industry. 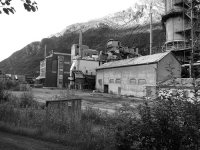 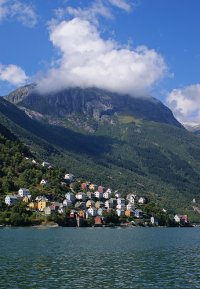 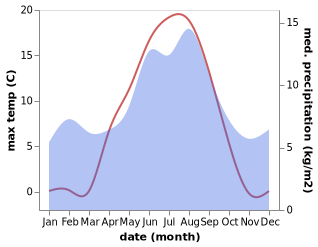