Current time in Tromsø is now 08:20 PM (Wednesday) . The local timezone is named " Europe/Oslo " with a UTC offset of 1 hours. Depending on the availability of means of transportation, these more prominent locations might be interesting for you: Kiruna, Gällivare, Lyngseidet, Vikran, and Sortland. Since you are here already, make sure to check out Kiruna . We encountered some video on the web . Scroll down to see the most favourite one or select the video collection in the navigation. Where to go and what to see in Tromsø ? We have collected some references on our attractions page.

Please fast forward to 01:40, I don't know how to edit just yet - lol. I maidened this new scratchbuilt plane 5 minutes before throwing on the cam & shooting this vid. Plane is twin motor, 1.6 m ws.. ..

Rorbua is a pub in Tromsø, Norway. It was opened in 1974, and claims to be the most famous pub in all of Norway. The reason for its fame is that the pub hosted the television program Du Skal Høre Mye, a program that ran on NRK for 16 seasons from 1987, showing guests (celebrities and commoners) telling stories and jokes.

More reading: Wikipedia Article
Located at 69.65 18.96 (Lat./Long.); Less than 0 km away
Tags: Buildings and structures in Tromsø, Culture in Troms

Tromsø Region is a region in Troms county, Norway. It is centered around the city of Tromsø and consists of only two municipalities: Tromsø and Karlsøy . The European route E8 passes through the region, and the Tromsø Airport is also located here.

Mack Bryggeri is a brewery in Balsfjord, Norway. It is also considered the world's northernmost brewery.

Polaria is the world's most northerly aquarium. It is located in Tromsø, in northern Norway. Rather than a mainly scientific aquarium such as the one in Bergen in the Norwegian midlands, Polaria, which opened in May 1998, is designed to be an educational experience, with particular emphasis on displays for children. Most of the displays focus on the northerly islands of Svalbard.

More reading: Wikipedia Article
Located at 69.64 18.95 (Lat./Long.); Less than 1 km away
Tags: Aquaria in Norway, Buildings and structures in Tromsø, Education and research in Tromsø, Museums established in 1998, Museums in Troms, Natural history museums in Norway

The Norwegian Polar Institute is Norway's national institution for polar research. It is run under the auspices of the Norwegian Ministry of Environment. The institute organizes expeditions to the Arctic and Antarctic regions and runs a research station at Ny-Ålesund. Its offices are in Tromsø and Svalbard, together with a research station in Queen Maud Land, and employs approximately 150 persons. 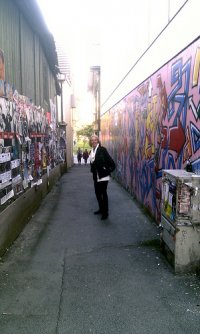 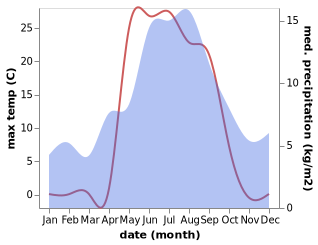