Current time in Multan is now 05:00 AM (Friday) . The local timezone is named " Asia/Karachi " with a UTC offset of 5 hours. Depending on the availability of means of transportation, these more prominent locations might be interesting for you: Ghazni, Wan Chhatta, Wailan, Vehari, and Toba Tek Singh. Since you are here already, make sure to check out Ghazni . We encountered some video on the web . Scroll down to see the most favourite one or select the video collection in the navigation. Where to go and what to see in Multan ? We have collected some references on our attractions page.

Pakistan The Beautiful | Multan, the city of Saints, has given place to some of the most renowned Saints of Islam. Baha-Ud-Din Zakria & His descendants are one of them. The Tomb of Both of them are ex ..

Preview of Conflicted's blog at TravelPod. Read the full blog here: www.travelpod.com This blog preview was made by TravelPod using the TripAdvisor™ TripWow slideshow creator. Learn more about these v ..

The Tomb of Shah Rukn-e-Alam in Multan City. It was built between 1320 and 1324, is an unmatched pre-Moghul masterpiece. He was among the eminent Sufi saints from Multan, In end of video a Naat from t ..

The Ibn-e-Qasim Bagh Stadium, originally known as the Old Fort Stadium, is a multi-use stadium in Multan, Pakistan. It is currently used mostly for cricket and football. It hosted one Test Match in 1980. The stadium holds 18,000 and opened in 1975.

The Multan Fort, a Pakistani military installation, was a landmark of Indian defence and architecture. It was built near the city of Multan, in Punjab province, on a hillock separated from the city by the Ravi River. The fort was destroyed by British forces during the British occupation of India. The fort was notable both for its effectiveness as a defence installation and for its architecture.

Sheikh Rukn-ud-Din Abul Fath (1251–1335) commonly known by the title Rukn-e-Alam (pillar of the world) commonly called Shah Rukne Alam was among the eminent Sufi saints from Multan, India (now in Pakistan). The Shaikh was the son of Pir Sadar-Al-Din Arif born at Multan on Friday, the 9th of Ramadan 649 Hijri (26 November 1251). He was the grandson and successor of Shaikh Baha-Ud-Din Zakariya. Shaikh Rukn-e-Alam (Rukn-al-Din) died on Friday, the 7th of Jumada al-awwal 735 Hijri (3 January 1335).

The Battle of Multan was a battle between a Vizier of the Durrani Empire and the Sikh Empire that started in March 1818 and ended on 2 June 1818.

Baha-ud-din Zakariya (1170-1267) was a Sufi of Suhrawardiyya order. His full name was Al-Sheikh Al-Kabir Sheikh-ul-Islam Baha-ud-Din Abu Muhammad Zakaria Al-Qureshi. Sheikh Baha-ud-Din Zakariya known as Bahawal Haq was born at Kot Kehror, a town of the Layyah District near Multan, Punjab, Pakistan, around 1170. His grandfather Shah Kamaluddin Ali Shah Qureshi arrived in Multan from Mecca en route to Khwarezm where he stayed for a short while. 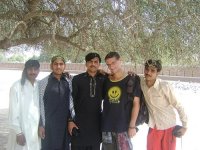 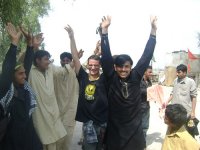 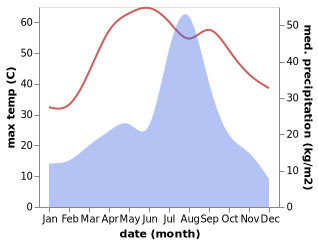