Local time in Sheikhupura is now 04:12 PM (Thursday) . The local timezone is named " Asia/Karachi " with a UTC offset of 5 hours. Depending on your flexibility, these larger cities might be interesting for you: Tur, Tatle, Sialkot, Shaikhwan, and Montgomery. When in this area, you might want to check out Tur . We found some clip posted online . Scroll down to see the most favourite one or select the video collection in the navigation. Are you looking for some initial hints on what might be interesting in Sheikhupura ? We have collected some references on our attractions page.

Its about Guru Nanak Dev, Nankana Sahib a remote city in Punjab,Pakistan with historical Gurdwaras. The city carries the relegious importance for the Sikhs living around the globe. The shor five-minut ..

Hiran Minar; Urdu: ہرن مینار (Minaret of Antelope) is set in peaceful environs near Lahore in Sheikhupura, Pakistan. It was constructed by Emperor Jahangir as a monument to Mansraj, one of his pet deer. The structure consists of a large, almost-square water tank with an octagonal pavilion in its center, built during the reign of Mughal emperor Shah Jahan; a causeway with its own gateway connects the pavilion with the mainland and a 100-foot -high minar, or minaret.

Jandiala Sherkhan, or Jandiala Sher Khan, is a town of Shaikhupur District in the Punjab province of Pakistan. It is part Shaikhupur Tehsil. and is located at 31°49'15N 73°55'10E. The town is notable for being the birthplace of famous poet Waris Shah, known as the Punjabi Shakespeare, and contains his Mausoleum.

Farooqabad, earlier known as Chuharkana is a city in Sheikhupura District, Punjab, Pakistan. It is situated 60 km west of Lahore on Sargodha road. 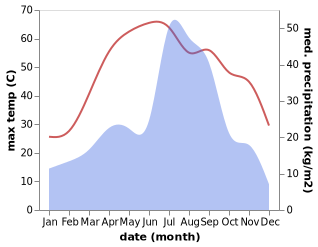