Local time in Santa Lucia is now 02:16 PM (Sunday) . The local timezone is named " Asia/Manila " with a UTC offset of 8 hours. Depending on your flexibility, these larger cities might be interesting for you: Villasis, Tuguegarao City, Taguig City, Suyo, and San Juan. When in this area, you might want to check out Villasis . We found some clip posted online . Scroll down to see the most favourite one or select the video collection in the navigation. Are you looking for some initial hints on what might be interesting in Santa Lucia ? We have collected some references on our attractions page.

The Battle of Tirad Pass, sometimes referred to as the "Philippine Thermopylae", was a battle in the Philippine-American War fought on December 2, 1899, in northern Luzon in the Philippines, in which a 60-man Filipino rear guard commanded by Brigadier General Gregorio del Pilar succumbed to around 300 Americans of the 33rd Infantry Regiment under Major Peyton C. March, while delaying the American advance to ensure Emilio Aguinaldo's escape.

More reading: Wikipedia Article
Located at 17.15 120.63 (Lat./Long.); Less than 19 km away
Tags: 1899 in the Philippines, Battles involving the United States, Battles of the Philippine–American War, Benguet, Conflicts in 1899 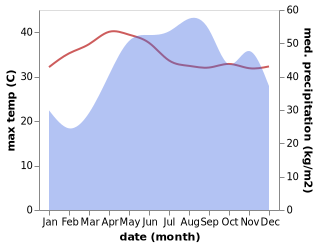