Świnoujście in the region of West Pomeranian Voivodeship with its 40,919 inhabitants is a town in Poland - some 304 mi or ( 489 km ) West of Warsaw , the country's capital city .

Current time in Świnoujście is now 09:13 PM (Tuesday) . The local timezone is named " Europe/Warsaw " with a UTC offset of 1 hours. Depending on the availability of means of transportation, these more prominent locations might be interesting for you: Rønne, Copenhagen, Malmö, Gothenburg, and Zirchow. Since you are here already, make sure to check out Rønne . We encountered some video on the web . Scroll down to see the most favourite one or select the video collection in the navigation. Where to go and what to see in Świnoujście ? We have collected some references on our attractions page.

German "Swinemünde", only 50km from Pennemunde, were Werner von Braun and the Nazis developed and testet rockets. The city on the Island Usedom (Uznam) and harbour are today on the Polish side of the ..

Świnoujście is a city and seaport on the Baltic Sea and Szczecin Lagoon, located in the extreme north-west of Poland. It is situated mainly on the islands of Usedom and Wolin, but also occupies smaller islands, of which the largest is Karsibór island, once part of Usedom, now separated by a Piast canal (formerly the Kaiserfahrt) dug in the late 19th century to facilitate ship access to Szczecin (Stettin).

The Port of Gdańsk is a seaport located on the southern coast of Gdańsk Bay in the city of Gdańsk (Danzig), extending along the Vistula estuary Martwa Wisła (Dead Vistula), Port Channel and Kashubia Canal. It is one of the largest seaports on the Baltic Sea. The Port of Gdańsk is divided into two parts, the Inner and Exterior Port.

The Oder–Neisse line (Polish: granica na Odrze i Nysie Łużyckiej, German: Oder-Neiße-Grenze) is the border between Germany and Poland which was drawn in the aftermath of World War II. The line is formed primarily by the Oder and Lusatian Neisse rivers, and meets the Baltic Sea west of the seaport cities of Szczecin and Świnoujście (Swinemünde). 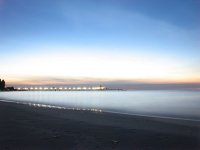 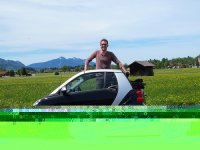 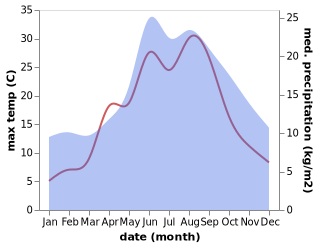