Local time in Belgorod is now 07:37 PM (Monday) . The local timezone is named " Europe/Moscow " with a UTC offset of 4 hours. Depending on your mobility, these larger cities might be interesting for you: Zelenaya Polyana, Severnyy, Rostov-on-Don, Mikhaylovka, and Mayskiy. When in this area, you might want to check out Zelenaya Polyana . We discovered some clip posted online . Scroll down to see the most favourite one or select the video collection in the navigation. Are you looking for some initial hints on what might be interesting in Belgorod ? We have collected some references on our attractions page.

"Salyut" - a football stadium located in the center of Belgorod near the bus stop "Stadion". Renovated in 1999. Designed for football. Salyut Stadium is a multi-purpose stadium in Belgorod, Russia. It is currently used mostly for football matches and is the home ground of FC Salyut-Energia Belgorod. The stadium holds 12,000 people.

Belgorodsky District is an administrative district, one of the twenty-one in Belgorod Oblast, Russia. Municipally, it is incorporated as Belgorodsky Municipal District. It is located in the southwest of the oblast. The area of the district is 1,400 square kilometers . Its administrative center is the rural locality (a settlement) of Maysky. Population: 108,778; 90,430; 68,870. The population of Maysky accounts for 8.0% of the district's total population.

Belgorod State University (BelSU) is one of the oldest universities in Belgorod, Russia. In 1876 the Belgorod normal school was founded. In 1939 this school was reorganised into the Belgorod Teacher's Training College that existed up to 1994. In 1996 the College got University status, and in 2000 in conformity with decision of examination board it obtained status of public academic institution.

Stroitel (Russian: Строи́тель, lit. builder) is a town and the administrative center of Yakovlevsky District of Belgorod Oblast, Russia, located near the Vorskla River (an arm of the Dnieper), 21 kilometers from Belgorod. Population: 23,933; 18,400; 14,271. Stroitel was founded in 1958 due to the then-planned construction of the Yakovlevsky mine. It was granted urban-type settlement status in 1960 and town status in 2000. 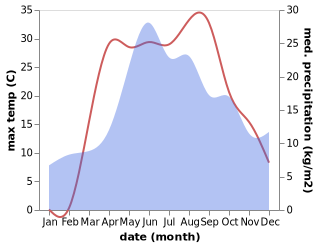