Delve into Birobidzhan in Russia

Local time in Birobidzhan is now 10:44 AM (Friday) . The local timezone is named " Asia/Vladivostok " with a UTC offset of 11 hours. Depending on your mobility, these larger destinations might be interesting for you: Valdgeym, Razdol'noye, Kurga, Khabarovsk, and Trinadtsatyy Kilometr. While being here, you might want to check out Valdgeym . We discovered some clip posted online . Scroll down to see the most favourite one or select the video collection in the navigation. Are you curious about the possible sightsseing spots and facts in Birobidzhan ? We have collected some references on our attractions page. 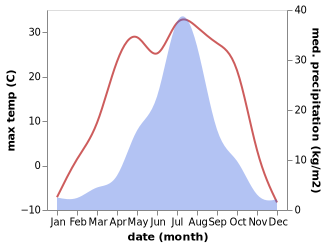