Local time in Khabarovsk is now 10:33 PM (Wednesday) . The local timezone is named " Asia/Vladivostok " with a UTC offset of 11 hours. Depending on your flexibility, these larger cities might be interesting for you: Voronezhskoye Pervoye, Topolevo, Roshchino, Osipovka, and Nikolo-Aleksandravskaya. When in this area, you might want to check out Voronezhskoye Pervoye . We found some clip posted online . Scroll down to see the most favourite one or select the video collection in the navigation. Are you looking for some initial hints on what might be interesting in Khabarovsk ? We have collected some references on our attractions page.

Platinum Arena is an indoor sporting arena located in Khabarovsk, Russia. The capacity of the arena is 7,100 and was built in 2003. It is the home arena of the Amur Khabarovsk ice hockey team of the Kontinental Hockey League, and former home of the Golden Amur hockey team of Asia League Ice Hockey.

The Transfiguration Cathedral (Спасо-Преображенский собор) on a steep bluff overlooking the Amur River in Khabarovsk stands 96 meters tall and is supposed to be the third tallest church in Russia after St. Isaac's Cathedral and the Cathedral of Christ the Savior. It was built in 2001-04 to a traditional design reminiscent of Thon's works. The church is surmounted by four Ukrainian-style gilded domes, the central one being the largest.

Lenin Stadium is a multi-use stadium in Khabarovsk, Russia. It is currently used mostly for football matches and is the home ground of FC SKA-Energia Khabarovsk. The stadium holds 15,200 people, it is named after Lenin and was opened in 1951.

Amur River Tunnel is a 7198 metres long railway tunnel on Trans-Siberian Railway, in Khabarovsk. It was built in 1937—1941 for the Khabarovsk Bridge duplication through Amur. It is an only submarine construction on the Russian Railways. 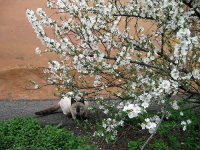