Local time in Kandalaksha is now 08:46 PM (Thursday) . The local timezone is named " Europe/Moscow " with a UTC offset of 4 hours. Depending on your flexibility, these larger cities might be interesting for you: Pinozero, Palkina-Guba, Nivskiy, Murmansk, and Sotkamo. When in this area, you might want to check out Pinozero . We found some clip posted online . Scroll down to see the most favourite one or select the video collection in the navigation. Are you looking for some initial hints on what might be interesting in Kandalaksha ? We have collected some references on our attractions page.

Lake Lupche is a small lake on the Kola Peninsula, Murmansk Oblast, Russia near Kandalaksha. It has an elevation of 23.1 m. Lupche-Savino River flows from the lake.

Vitino is an oil port on the White Sea in Russia. It is located near the station Beloye More a few kilometers south of Kandalaksha, Murmansk Oblast, on the western shore of Kandalaksha Gulf. The port started operations in 1995, and since 2001 has been operating year-round. Its principal activity is transfer of oil and oil products arriving by rail from Russia's oil refineries to sea-going oil tankers for export. 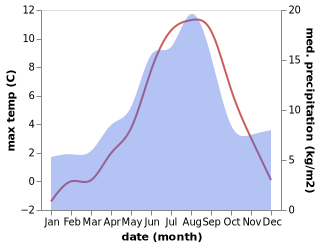