Velike Lašče in the region of Velike Lašče is located in Slovenia - some 16 mi or ( 26 km ) South-East of Ljubljana , the country's capital city .

Time in Velike Lašče is now 06:25 PM (Monday) . The local timezone is named " Europe/Ljubljana " with a UTC offset of 1 hours. Depending on your budget, these more prominent places might be interesting for you: Klagenfurt, Graz, Munich, Bratislava, and Venice. Being here already, consider visiting Klagenfurt . We collected some hobby film on the internet . Scroll down to see the most favourite one or select the video collection in the navigation. Check out our recomendations for Velike Lašče ? We have collected some references on our attractions page. 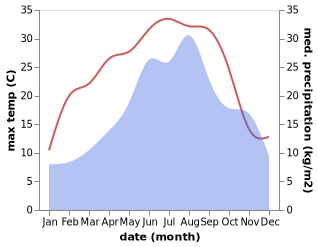