Current time in Bilbao is now 01:30 PM (Monday) . The local timezone is named " Europe/Madrid " with a UTC offset of 1 hours. Depending on the availability of means of transportation, these more prominent locations might be interesting for you: Nantes, Bordeaux, Vitoria-Gasteiz, Barakaldo, and Santander. Since you are here already, make sure to check out Nantes . We saw some video on the web . Scroll down to see the most favourite one or select the video collection in the navigation. Where to go and what to see in Bilbao ? We have collected some references on our attractions page.

Bilbao has recently been transformed from a gritty steel town to a happening cultural center like no other Spanish city. A modern light rail line conveniently laces the old town with points along the ..

I arrived at the Guggenheim Bilbao Art Museum with only a few hours to check the whole city out, so it was a fleeting visit to the Guggenheim sadly. Anyway a rainstorm had just passed giving the titan ..

Abando was the name of an old municipality of Biscay, that was eventually absorbed by Bilbao. Nowadays, the name refers to the central district and neighbourhood of this city, holding the provincial administration, the long-distance RENFE Bilbao-Abando train station, three subway stations (Abando, Moyúa and Indautxu), and many commerces like El Corte Inglés department store.

The Teatro Arriaga is an opera house in Bilbao, Spain. It was built in Neo-baroque style by architect Joaquín Rucoba in 1890, the same architect that built the city hall. It is named after Juan Crisóstomo de Arriaga, known in his time as the "Spanish Mozart". The theater was rebuilt in 1985 after severe flooding destroyed it in August 1983.

The Basilica of Begoña (or Basílica de Nuestra Señora de Begoña in Spanish) is a basilica in Bilbao, in Spain, dedicated to the patron saint of Biscay, the Virgin Begoña. The current parish priest is Jesús Francisco de Garitaonandia.

The Plaza Nueva or Plaza Barria (New Square) of Bilbao is a monumental square of Neoclassical style built in 1821. Its name comes from the previously existing Plaza Vieja or Old Square in the place where the Ribera Market was built. The square is enclosed by arcaded buildings and accessed by arches known as cuevas (caves). The main building was the site of the Biscay government, until a new palace was built in 1890. The place is now the site of Euskaltzaindia, the Basque language Royal Academy.

The Zubizuri (Basque for "white bridge"), also called the Campo Volantin Bridge or Puente del Campo Volantin, is a tied arch footbridge across the Nervion River in Bilbao, Spain. Designed by architect Santiago Calatrava, the bridge links the Campo Volantin right bank and Uribitarte left bank of the river. 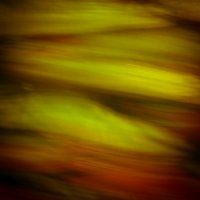 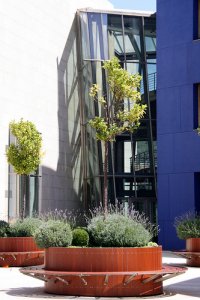 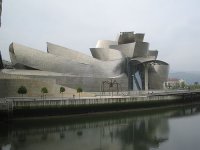