Local time in Luleå is now 04:34 AM (Thursday) . The local timezone is named " Europe/Stockholm " with a UTC offset of 1 hours. Depending on your flexibility, these larger cities might be interesting for you: Svartostaden, Skurholmsstaden, Skellefteå, Piteå, and Person. When in this area, you might want to check out Svartostaden . We found some clip posted online . Scroll down to see the most favourite one or select the video collection in the navigation. Are you looking for some initial hints on what might be interesting in Luleå ? We have collected some references on our attractions page.

Luleå Central Station or Luleå C is a railway station located on the Main Line Through Upper Norrland in Luleå, Sweden. The station is owned by Jernhusen and is the terminal of the line. The station is located at the eastern end of Stationsgatan, in the eastern part of the city center. The bus terminal for Länstrafiken i Norrbotten is located 300 metres northwest of the station. There are also three hotels within walking distance of the station.

Coop Arena is an indoor sporting arena located in Luleå, Sweden. The seating capacity of the arena is 6,300, and it is the home arena of the Luleå HF ice hockey team. Until 2002 it was called Delfinen when it was refurbished and the naming rights were sold to the local division of the Swedish retail company Kooperativa Förbundet. The arena hosted the first semi-final of Melodifestivalen 2011 on 5 February 2011. 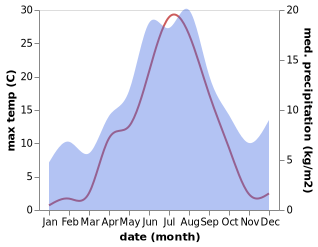