Current time in Rovaniemi is now 01:01 PM (Thursday) . The local timezone is named " Europe/Helsinki " with a UTC offset of 2 hours. Depending on the availability of means of transportation, these more prominent locations might be interesting for you: Luleå, Yli-Ii, Syrjala, Sodankylä, and Saarenkyla. Since you are here already, make sure to check out Luleå . We saw some video on the web . Scroll down to see the most favourite one or select the video collection in the navigation. Where to go and what to see in Rovaniemi ? We have collected some references on our attractions page.

Discover the magic of Lapland and visit the winter wonderland of Rovaniemi. The cheerful pre-Christmas hustle and bustle keep Santa and his helpers busy preparing for your arrival. We have carefully s ..

A 25-hour view of Rovaniemi city centre, from June 7th 9AM till June 8th 10AM. People always ask how it's during the midnight sun. Well, now you can watch for yourself. Bright as in day even when you ..

Keskuskenttä is a multi-purpose stadium in Rovaniemi, Finland. It is currently used for football matches, football training and sport classes of nearby schools and daycare centres. During winter there is a skiing track for young skiers. The stadium has seating capacity of 2 500, of which 1 300 are covered, in two stands. Total capacity is up to over 5 000. For running there is three tracks, with fourth track in front of main stand. Lanes are green in color.

Rovaniemi railway station is located in Rovaniemi, Finland. The line from the south opened in 1909; it is now the northernmost point of VR's electrified railway system, with direct daytime and overnight passenger trains to Oulu, Tampere, Helsinki and Turku. The electrification project was completed in 2004; previously trains were diesel-hauled. The railway was extended beyond Rovaniemi to Kemijärvi in 1934.

The Lordi Square (Finnish: Lordin aukio, known as the Sampo Square until 2006) is a square in central Rovaniemi, Finland. Next to the square are located a shopping centre called Sampokeskus and a small boulevard. The square is especially popular in summer as a place to host various events. Formerly known as the Sampo Square, the square was renamed the Lordi Square in June 2006 in honour of Lordi's victory in the 2006 Eurovision Song Contest.

The Province of Lapland was a province of Finland from 1938 to 2009. It was established in 1938, when it was separated from the Province of Oulu. After the Second World War, the Petsamo municipality (former province) and part of the Salla municipality were ceded to the Soviet Union.

The Arktikum Science Museum is a science museum in Rovaniemi, Finland. 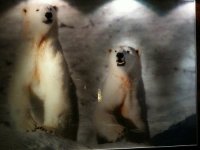 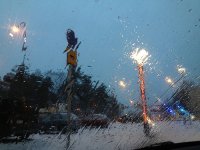 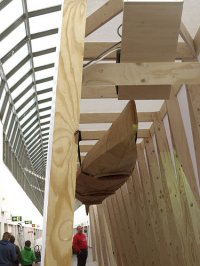 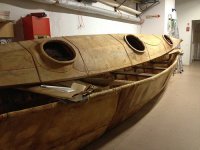 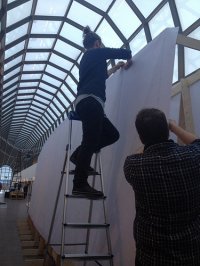 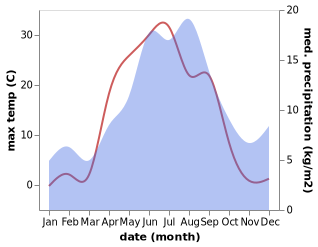