Local time in Keminmaa is now 09:45 PM (Saturday) . The local timezone is named " Europe/Helsinki " with a UTC offset of 2 hours. Depending on your flexibility, these larger cities might be interesting for you: Vaimarinniemi, Piteå, Luleå, Ylitornio, and Viheriala. When in this area, you might want to check out Vaimarinniemi . We found some clip posted online . Scroll down to see the most favourite one or select the video collection in the navigation. Are you looking for some initial hints on what might be interesting in Keminmaa ? We have collected some references on our attractions page.

A view over city of Kemi (Finland) from the observation platform of the city hall of Kemi. Kemi is a small city (population about 22.669)in northern Finland by the end of Baltic see (Gulf of Bothnia) ..

The SnowCastle of Kemi by the Gulf of Bothnia is the source of great pride as well as a true showcase of architectonic snow-work of the local constructors. Every winter the SnowCastle offers wonderful ..

Kemijoki, with its 550 km length, is the longest river in Finland. It runs through Kemijärvi and Rovaniemi before reaching the Gulf of Bothnia at Kemi. At Rovaniemi the Ounasjoki river merges with Kemijoki. The first hydroelectric plant on Kemijoki was constructed in 1946 at Isohaara. A total of 15 power plants have been constructed so far. The plants are owned by Kemijoki Oy and Pohjolan Voima Oy.

Kemi railway station is located in the town of Kemi in the Lapland Province of Finland. It is operated by VR. The distance to the Helsinki Central railway station, via Haapamäki and Oulu stations is 858.3 kilometres. The station lies between the Kemi centre and Finnish national road 4, near the town centre services. All passenger trains stop at the station, and the station has a ticket office, a waiting room and a Junamaatti ticket vending machine. Kemi also has a lot of cargo traffic.

Kemi Church is a Finnish Evangelical Lutheran church of the Diocese of Oulu. The church is located in the centre of the town of Kemi in Northern Finland. The Gothic Revival building was designed by architect Josef Stenbäck and it was completed in 1902. The building was renovated in 2003.

The SnowCastle of Kemi is the biggest snow fort in the world. It is rebuilt every winter with a different architecture in Kemi, Finland. In 1996 the first snow castle drew 300,000 visitors. The area covered by the castle has varied from 13,000 to over 20,000 square metres. The highest towers have been over 20 metres high and longest walls over 1,000 metres long, and the castle has had up to three storeys. 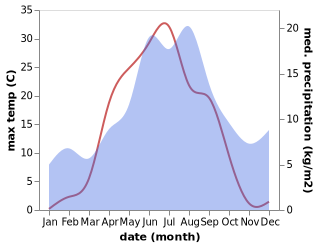