Local time in St. Gallen is now 02:02 PM (Tuesday) . The local timezone is named " Europe/Zurich " with a UTC offset of 1 hours. Depending on your mobility, these larger cities might be interesting for you: Zurich, Winterthur, Waldstatt, Schaffhausen, and Romanshorn. When in this area, you might want to check out Zurich . We discovered some clip posted online . Scroll down to see the most favourite one or select the video collection in the navigation. Are you looking for some initial hints on what might be interesting in St. Gallen ? We have collected some references on our attractions page.

kosova independence day in st gallen switzerland as hundreds turn out on the streets to celebrate a new state ..

LOVE FOR YOU live played by Jack Holiday

Glow opening with Jack Holiday and Love for you ..

6:00 pm on Spisergasse in Old Town St. Gallen, Switzerland on the evening of February 11, 2009, with the bells of St. Laurenzen-Kirche ringing in the background. ..

The drive, wealth of ideas and diversity of the student participants brings a special vitality to the St. Gallen Symposium. 200 students selected from leading universities and representing more than 6 ..

The Abbey Library of Saint Gall was founded by Saint Othmar, the founder of the Abbey of St. Gall. The library collection is the oldest in Switzerland, and is one of earliest and most important monastic libraries in the world. It holds 2,100 manuscripts dating back to the 8th through the 15th centuries, 1,650 incunabula (printed before 1500), and old printed books. The library holds almost 160,000 volumes. The manuscript B of the Nibelungenlied is kept here.

The Abbey of Saint Gall (German: Fürstabtei St. Gallen) is a religious complex in the city of St. Gallen in present-day Switzerland. The Carolingian-era Abbey has existed since 719 and became an independent principality during the 13th century, and was for many centuries one of the chief Benedictine abbeys in Europe. It was founded by Saint Othmar on the spot where Saint Gall had erected his hermitage. The library at the Abbey is one of the richest medieval libraries in the world.

More reading: Wikipedia Article
Located at 47.43 9.38 (Lat./Long.); Less than 0 km away
Tags: Constituencies of the canton of St. Gallen

The Sarganserland is a constituency (Wahlkreis) of the canton of St. Gallen, Switzerland, with a population of 36,892. The constituency corresponds to the historical county of Sargans (13th to 15th century) and the later Landvogtei Sargans in the Old Swiss Confederacy (15th to 18th century). Part of the Canton of Linth in the Helvetic Republic, the Sarganserland together with Pfäfers was joined to the canton of St. Gallen at its formation in 1803.

More reading: Wikipedia Article
Located at 47.43 9.38 (Lat./Long.); Less than 0 km away
Tags: Constituencies of the canton of St. Gallen

The Theater St. Gallen is a performing arts center for opera, musical, ballet, and theatre in St. Gallen, Switzerland, and considered to be the oldest professional theatre in Switzerland. Although the monks Tutilo and Notker already inspired briefly lay theatre in St. Gallen during the Middle Ages, theatre did not flourish for a long time because of moral concerns. In the early 19th century interest in theatre was reawakened. 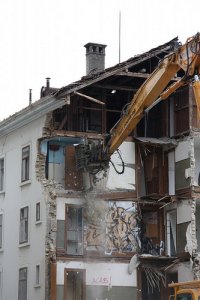 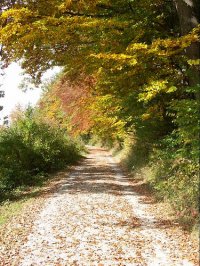 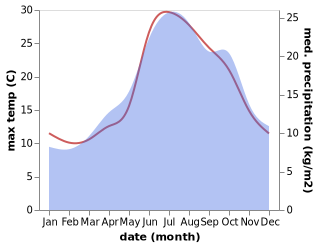