Samut Songkhram in the region of Samut Songkhram with its 35,065 inhabitants is a town in Thailand - some 41 mi or ( 66 km ) South-West of Bangkok , the country's capital city .

Current time in Samut Songkhram is now 04:13 PM (Saturday) . The local timezone is named " Asia/Bangkok " with a UTC offset of 7 hours. Depending on the availability of means of transportation, these more prominent locations might be interesting for you: Phetchaburi, Wat Phleng, Damnoen Saduak, Ban Bang Yi Rong, and Yangon. Since you are here already, make sure to check out Phetchaburi . We saw some video on the web . Scroll down to see the most favourite one or select the video collection in the navigation. Where to go and what to see in Samut Songkhram ? We have collected some references on our attractions page.

The Commuter Train No.4382 from Mae Klong to Ban Laem in Maeklong Market, Samut Songkhram, Thailand ..

Taken at 11.10am on 11 June 2011 Eight times a day, the shopkeepers have to interrupt their business, quickly pull down the roofs of their shops, drag their goods inside, then stand against their shop ..

The Commuter Train No.4381 from Ban Laem to Mae Klong in Maeklong Market, Samut Songkhram, Thailand ..

A Market opens in Samut Songkhram Province of Thailand. Its typical local market except trains pass through it 8 times a day. It opens path for train and immediately after the pass, get back to normal ..

Don Hoi Lot is a sandbar off the coast of Samut Songkhram Province at the northwestern tip of the Bay of Bangkok. The sediments of the Mae Klong River together sediments from the sea form a system of mudflats, which is settled by the Razor Clam shell, which also gave the site its Thai name. The site has the largest population of this shell species, which is endemic to the northern Gulf of Thailand. 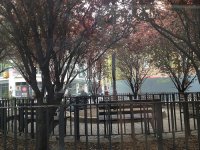 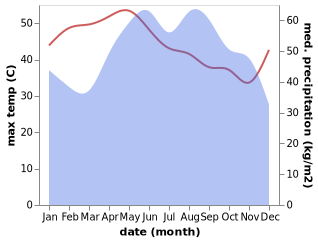