Local time in Niamtougou is now 06:13 AM (Sunday) . The local timezone is named " Africa/Lome " with a UTC offset of 0 hours. Depending on your mobility, these larger cities might be interesting for you: Kumasi, Ouagadougou, Yaoute, Yaka, and Walade. When in this area, you might want to check out Kumasi . We discovered some clip posted online . Scroll down to see the most favourite one or select the video collection in the navigation. Are you looking for some initial hints on what might be interesting in Niamtougou ? We have collected some references on our attractions page.

Traditionel Kabye Cermony to Honor persons that has past away older 70 years in the village Tcharè North of Kara Funeral in Togo ..

Niamtougou International Airport is an airport serving Niamtougou in Togo. It is an international airport and Togo's second largest after Lomé-Tokoin Airport. The airport is located in Baga, 4 km north of Niamtougou center. The airport is primarily used by the Togolese Air Force and by civilian government airplanes, as well as by charter and private flights.

Kara is one of Togo's five regions. Kara is the regional capital. Other major cities in the Kara region include Bafilo, Bassar, and Niamtougou. Kara is divided into the prefectures of Assoli, Bassar, Bimah, Dankpen, Doufelgou, Kéran, and Kozah. Kara is located north of Centrale Region and south of Savanes Region. To the west lies the Northern Region of Ghana, and to the east lie the Atakora (farther north) and Donga (farther south) Departments of Benin. 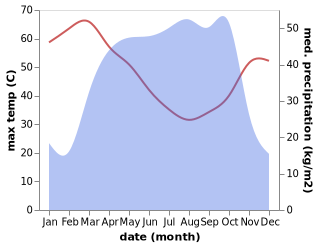