Delve into Türkmenbaşy in Turkmenistan

Current time in Türkmenbaşy is now 05:40 PM (Tuesday) . The local timezone is named " Asia/Ashgabat " with a UTC offset of 5 hours. Depending on your travel modalities, these larger destinations might be interesting for you: Sari, Qazvin, Gorgan, Yauzy, and Ufra. While being here, make sure to check out Sari . We encountered some video on the web . Scroll down to see the most favourite one or select the video collection in the navigation. Are you curious about the possible sightsseing spots and facts in Türkmenbaşy ? We have collected some references on our attractions page.

Türkmenbaşy (also spelled Turkmenbashi), formerly known as Krasnovodsk and, more properly, Kyzyl-Su, is a city in Balkan Province in Turkmenistan, on the Krasnovodsk Gulf of the Caspian Sea. It is located at latitude 40.0231 North; longitude 52.9697 East, at an altitude of 27 meters. The population (est 2004) was 86,800, mostly ethnic Russian, Armenians and Azeri. As the terminus of the Trans-Caspian Railway, it was an important transportation center.

Turkmenbashy Airport, also known as Krasnowodsk Airport, is a domestic airport in Turkmenistan. It is located in city Türkmenbaşy (Krasnowodsk). The airport opened in 1959. Flights depart for Ashgabat, Daşoguz and Istanbul.

Awaza is a touristic zone in Turkmenistan. It is located at the east side of the Caspian sea, 12 km west of Turkmenbashi city. It has been described as "the most ill-conceived resort ever built". 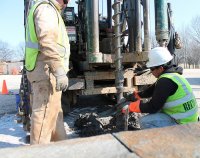 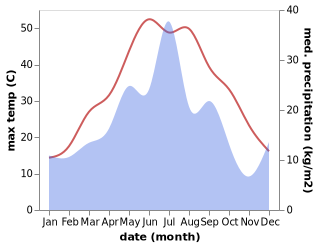