Current time in Qazvin is now 08:45 PM (Thursday) . The local timezone is named " Asia/Tehran " with a UTC offset of 3.5 hours. Depending on the availability of means of transportation, these more prominent locations might be interesting for you: Zanjan, Ozun Darreh, Tehran, Tabriz, and Shir Esfahan. Since you are here already, make sure to check out Zanjan . We encountered some video on the web . Scroll down to see the most favourite one or select the video collection in the navigation. Where to go and what to see in Qazvin ? We have collected some references on our attractions page.

Qazvin Airport is an airport in Qazvin, Iran.

Alborz County is a county in Qazvin Province of Iran. The capital of the county is Alvand. It was separated from Qazvin County in 2005. At the 2006 census, the county's population was 182,046, in 47,046 families. The county consists of two districts: Mohammadiyeh District and the Central District. The county has three cities: Mohammadiyeh, Bidestan, and Alvand.

Caspian Airlines Flight 7908 was a scheduled commercial flight from Tehran, Iran, to Yerevan, Armenia, that crashed near the village of Jannatabad, outside the city of Qazvin in north-western Iran, on 15 July 2009. All 153 passengers and 15 crew on board died. The crash was the deadliest aviation accident in Iran since the 2003 crash of a military-operated Ilyushin Il-76, in which 302 people were killed, and the deadliest civil aviation accident ever to occur in Iran. 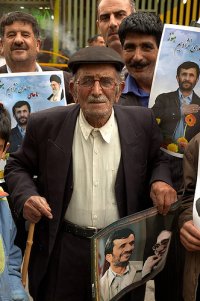 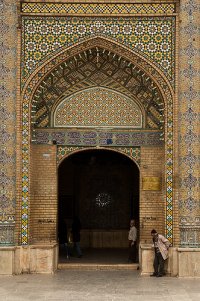 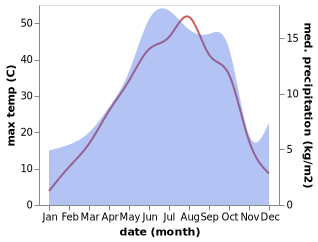