Time in Qom is now 02:37 PM (Thursday) . The local timezone is named " Asia/Tehran " with a UTC offset of 3.5 hours. Depending on your budget, these more prominent places might be interesting for you: Tehran, Sarm, Sari, Sanandaj, and Qazvin. Being here already, consider visiting Tehran . We collected some hobby film on the internet . Scroll down to see the most favourite one or select the video collection in the navigation. Check out our recomendations for Qom ? We have collected some references on our attractions page.

A compilation of pictures and video taken during a recent trip to Iran. Thanks to all the wonderfully warm and amazingly hospitable people I met along the way for making it such a memorable trip. ..

The shrine of Fatema Mæ'sume is located in Qom which is considered by Shia Muslims to be the second most sacred city in Iran after Mashhad. Much of the shrine complex was first built by Shah Abbas I in the early 17th century. The shrine has attracted to itself dozens of seminaries and religious schools. The shrine is also depicted on the reverse of the Iranian 50 rials coin, issued since 2004. Also buried within the shrine are three daughters of ninth, Twelver Shī‘ah Imām, Muhammad at-Taqī.

Jamkaran is a village in Qanavat Rural District, in the Central District of Qom County, Qom Province, Iran. At the 2006 census, its population was 8,368, in 1,747 families. Jamkaran is located on the outskirts of Qom, and is the site of the Jamkaran Mosque, a popular pilgrimage site for Shi'ite Muslims. Local belief has it that the Twelfth Imam (Muhammad al-Mahdi) — a messiah figure Shia believe will lead the world to an era of universal peace — once appeared and offered prayers at Jamkaran.

University of Qom is a state university located in Qom. Established in 1980 by Mohammad Beheshti and Mohammad Javad Bahonar. The university offers degrees in five colleges. Following an endorsement by the High Council of the Revolution and under the supervision of the Society of Seminary Teachers of Qom, the University of Qom was founded in 1358/1979 under the name “The High Educational and Legal School of the Seminarians”. 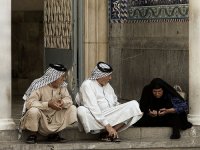 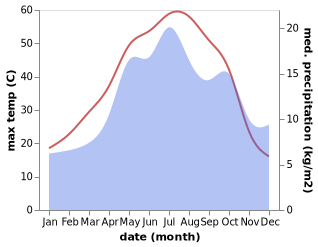