Cruz Bay in the region of Saint John Island is a place in U.S. Virgin Islands - some 9 mi or ( 15 km ) East of Charlotte Amalie , the country's capital city .

Time in Cruz Bay is now 11:12 AM (Wednesday) . The local timezone is named " America/St Thomas " with a UTC offset of -4 hours. Depending on your budget, these more prominent locations might be interesting for you: Salvaleón de Higüey, Fort-de-France, The Valley, Basseterre, and Roseau. Since you are here already, consider visiting Salvaleón de Higüey . We saw some hobby film on the internet . Scroll down to see the most favourite one or select the video collection in the navigation. Where to go and what to see in Cruz Bay ? We have collected some references on our attractions page.

Chillaxin' on a Power Yacht in the Virgin Islands

Luxury Day Charters in the Virgin Islands Chillaxin' means simply... Chillin' and Relaxin'! It's no secret... the US and British Virgin Islands are one of the most spectacular vacation destinations in ..

David And Vickie's recent trip to St Thomas. Celebrating our 30TH wedding anniversay.We stayed at the Point Pleasant Resort. We shopped at the Tutu Park Mall. Places we visted on our island tour with ..

Gibney Beach is a stretch of white sandy beach located on Hawksnest Bay on St John Island in the United States Virgin Islands. There is vibrant wildlife both on the beach and in the bay. The colonial history, the natives, the beatnik and hippie movements, and the locals of the island come together to form the original, bohemian character of the Beach.

Lovango Cay is an island of the United States Virgin Islands. Accessible only by boat, the north side of the cay features a beautiful, small bay. With another cay to the north, the water here tends to stay calm and offers very good snorkeling. Among other things, nurse sharks are often found resting here during the day.

Carvel Rock is an uninhabited islet of the British Virgin Islands in the Caribbean, less than 2 acres in size. It is visited by boats as a scuba diving site, but its sheer cliffs and lack of a beach mean that landing would be practically impossible. It lies at the southern edge of the archipelago, south of and roughly between Ginger Island and Cooper Island.

Mingo Cay is an island of the United States Virgin Islands.

Congo Cay is an island of the United States Virgin Islands. 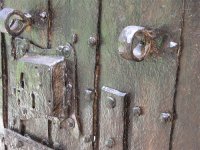 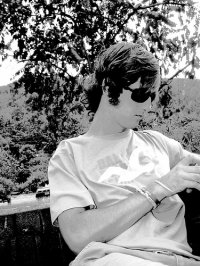 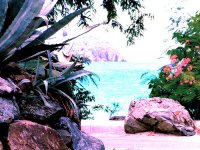 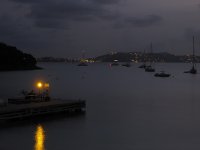 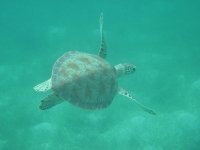 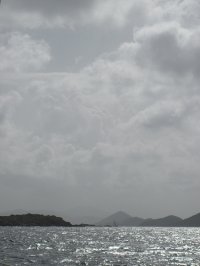