Caracas in the region of Distrito Capital with its 3,000,000 citizens is located in Venezuela and is the capital of this country.

Time in Caracas is now 05:42 AM (Sunday) . The local timezone is named " America/Caracas " with a UTC offset of -4.5 hours. Depending on your budget, these more prominent places might be interesting for you: Oranjestad, Valencia, San Juan de los Morros, Puerto Cabello, and Petare. Being here already, consider visiting Oranjestad . We collected some hobby film on the internet . Scroll down to see the most favourite one or select the video collection in the navigation. Check out our recommendations for Caracas ? We have collected some references on our attractions page.

Estadio Universitario is a multi-use stadium in Caracas, Venezuela. The stadium holds 22,690 people and was built in 1952. This stadium is home for 2 national teams: Leones del Caracas (2006 National Champions and Caribbean League Champions) and Tiburones de la Guaira. It is currently used mostly for baseball games.

The Universidad Bolivariana de Venezuela (UBV, English: Bolivarian University of Venezuela) is a state university in Venezuela founded in 2003 by decree of President Hugo Chávez. The UBV is a part of the Chávez government's "Mission Sucre" social programs, which aim to provide free higher education to the poor. Consequently, enrollment at the UBV is free and open to all, regardless of academic qualifications, prior education or even nationality.

The Estadio Olímpico de la UCV is a multi-purpose stadium in Caracas, Venezuela. It is a multipurpose stadium with a running track used primarily for the practice of football, athletics and rugby, which is part of the Ciudad Universitaria de Caracas and as such named a UNESCO World Heritage Site, one of the most important stadiums of Venezuela and one of the oldest in the country. Anecdotally, the Venezuela national football team has not played at this stadium as of September 3, 2003.

The University City of Caracas (Spanish: Ciudad Universitaria de Caracas) is the main Campus of the Central University of Venezuela. It was designed by the Venezuelan architect Carlos Raúl Villanueva and was declared a World Heritage Site by UNESCO in 2000. The Ciudad Universitaria de Caracas is considered a masterpiece of architecture and urban planning and is the only university campus designed by a single architect in the 20th century that has received such recognition by UNESCO. 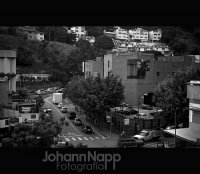 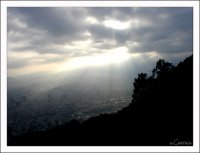 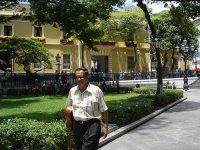