Delve into Oranjestad in Aruba

Oranjestad in the region of Aruba (general) with its 29,998 residents is a city in Aruba and is the capital of this country.

Current time in Oranjestad is now 02:10 PM (Sunday) . The local timezone is named " America/Aruba " with a UTC offset of -4 hours. Depending on your travel modalities, these larger destinations might be interesting for you: Sint Nicolaas, Sabaneta, Fontein, Brasil, and Arasji. While being here, make sure to check out Sint Nicolaas . We encountered some video on the web . Scroll down to see the most favourite one or select the video collection in the navigation. Are you curious about the possible sightsseing spots and facts in Oranjestad ? We have collected some references on our attractions page.

2011 Aruba Carnival, Carnaval in Dutch or Papiamento. Aruba's biggest annual cultural celebration on the island! Aruba's Carnival is beautiful, gorgeous and most of all fun and safe. During this parad ..

For the best in Aruba wedding locations, please visit www.weddinglocation.com Get married in Aruba ..

Guillermo Prospero Trinidad Stadium (officially known as Complejo Deportivo Guillermo Prospero Trinidad) is a multi-purpose stadium in Oranjestad, Aruba. It is Aruba's National Stadium, named after Guillermo Trinidad, a politician from the same neighbourhood (Dakota). Originally the Stadium was named after former Dutch Queen Wilhelmina, but the name was changed in 1994 after the renovations were completed. The stadium hosts soccer matches and also track and field competitions.

Barcelona is a settlement on the island of Aruba, located near the west coast of the island.

Camacuri is a village on the island of Aruba, located towards along the western coast of the island.

Bubali is a settlement on the island of Aruba, located towards the northern end of the island.

Hooiberg is a 165 m high volcanic formation on the island of Aruba. It is located almost in the center of the island and can be seen from virtually anywhere on the island. The Dutch word hooiberg, literally translates into haystack in English and is the name of a hay-rick called a hay barrack. Many have remarked about the panoramic views obtained atop Hooiberg. There are 562 concrete steps that lead to the top of the mountain. On a clear day Venezuela can be seen. 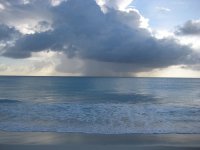 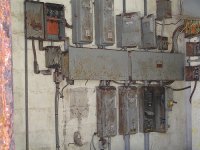 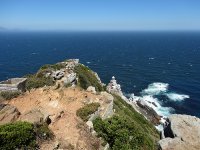