Time in Maracaibo is now 08:51 AM (Sunday) . The local timezone is named " America/Caracas " with a UTC offset of -4.5 hours. Depending on your travel resources, these more prominent places might be interesting for you: Oranjestad, Barrio Ziruma, Valencia, Trujillo, and Santa Rita. Being here already, consider visiting Oranjestad . We collected some hobby film on the internet . Scroll down to see the most favourite one or select the video collection in the navigation. Check out our recomendations for Maracaibo ? We have collected some references on our attractions page.

Preview of Emanddave's blog at TravelPod. Read the full blog here: www.travelpod.com This blog preview was made by TravelPod using the TripAdvisor™ TripWow slideshow creator. Learn more about these vi ..

La Chiquinquirá Church (Spanish: Virgen de La Chiquinquirá) is a church in Maracaibo, Venezuela. The feast day of the church is November 17. Annually on this day many thousands of people gather around the church.

Estadio Luis Aparicio El Grande is a multi-use stadium in Maracaibo, Venezuela. It is currently used mostly for baseball games and serves as the home of Águilas del Zulia. The stadium holds 23,900 people. It is named after longtime Maracaibo shortstop Luis Aparicio, Sr. , the father of

The José "Pachencho" Romero Stadium is a sports stadium in Maracaibo, capital of the Zulia state, in Venezuela. The stadium holds 40,800 spectators. The pitch was originally surrounded by both a running track and a scorched concrete cycling track, being the latter replaced with new stands due to the celebration of Copa América 2007. The building is regarded as national cultural heritage of the Zulia state (code IFA 063,045).

The Dr. Rafael Belloso Chacin University or (URBE) is a private university in Maracaibo, Zulia State, and one of the largest in Venezuela. Founded by his current principal Dr. Oscar Belloso Medina in 1989. It is a university located in Maracaibo. It has approximately 27.000 students in undergraduate, graduate and other courses offered by this university and these are divided into 5 faculties from which they derive 9 schools that are taught in 17 runs and 25 graduate programs. 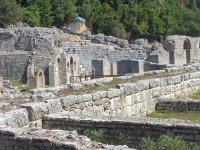