Time in Mutare is now 09:13 AM (Monday) . The local timezone is named " Africa/Harare " with a UTC offset of 2 hours. Depending on your travel resources, these more prominent places might be interesting for you: Masvingo, Irene, Harare, Gweru, and Dangamvura. Being here already, consider visiting Masvingo . We collected some hobby film on the internet . Scroll down to see the most favourite one or select the video collection in the navigation. Check out our recomendations for Mutare ? We have collected some references on our attractions page.

Zimbabwe - You Raise Me Up

Zimbabwe - listen to Josh Groban & The Children's African Choir sing " You Raise me up " while thinking about the good, the bad and the future of Zimbabwe. ..

Preview of Cpricci's blog at TravelPod. Read the full blog here: www.travelpod.com This blog preview was made by TravelPod using the TripAdvisor™ TripWow slideshow creator. Learn more about these vide ..

Preview of Ccinafrica's blog at TravelPod. Read the full blog here: www.travelpod.com This blog preview was made by TravelPod using the TripAdvisor™ TripWow slideshow creator. Learn more about these v ..

Massi Kessi is a town near (and almost a suburb of) Mutare in the Manicaland province in Zimbabwe, near the border to Mosambique, on the road and railway to Beira. Massi Kessi is located at an altitude of 600m. It is surrounded by the gold fields of Manica, and thus has phone, water, electricity, schools and hospitals. Massi Kessi has historic significance for a conflict that took place there on May 11, 1891, between the Portuguese and the British South Africa Company.

Sakubva township is a high-density suburb which contains nearly a quater of the population of Mutare, despite an area of less than four square miles. It was the first high-density suburb (township) being established in Mutare. At that time, it was located in the Old Location section of Sakubva. It is the poorest of Mutare's suburb and its economy is centred around a large outdoor food and flea market.

Mutare (known as Umtali until 1982) is the third largest city in Zimbabwe, with a population of around 188 243. It is the capital of Manicaland province.

Sakubva Stadium is a multi-use stadium located in Sakubva township in Mutare, Zimbabwe. It is currently used mostly for football matches, on club level by Motor Action F.C. of the Zimbabwe Premier Soccer League. The stadium has a capacity of 10,000 spectators.

Mutanda Primary School is a day school located within Sakubva high density township in Mutare, Zimbabwe. It is one of the primary school that has the largest intake. Students typically walk to school, in some instances students walk long distances to school. 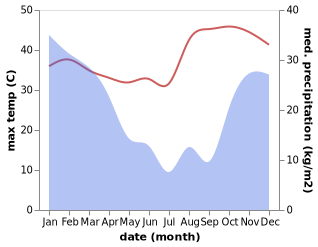