Delve into Masvingo in Zimbabwe

Local time in Masvingo is now 02:45 PM (Thursday) . The local timezone is named " Africa/Harare " with a UTC offset of 2 hours. Depending on your mobility, these larger destinations might be interesting for you: Mutare, Harare, Gweru, Gwanda, and Bulawayo. While being here, you might want to check out Mutare . We discovered some clip posted online . Scroll down to see the most favourite one or select the video collection in the navigation. Are you curious about the possible sightsseing spots and facts in Masvingo ? We have collected some references on our attractions page.

buka tiende at great zimbabwe - walking in the great enclosure

Preview of Matt_werner's blog at TravelPod. Read the full blog here: www.travelpod.com This blog preview was made by TravelPod using the TripAdvisor™ TripWow slideshow creator. Learn more about these ..

Masvingo (before 1982 known as Fort Victoria) is a town in south-eastern Zimbabwe and the capital of Masvingo Province. The town is close to Great Zimbabwe, the national monument from which the country takes its name.

Masvingo Airport is an airport serving Masvingo, the capital of Masvingo Province in Zimbabwe.

Gokomere is a place in Zimbabwe, sixteen km from Masvingo known for its rock art dating from 300 to 650 AD. The ancient Bantu people who inhabited the area of Great Zimbabwe around the 4th century AD probably built the complex between 1000 and 1200 AD. The Gokomere traded via ancient trading routes over the Chimanimani mountains on the current Zimbabwe / Mozambique border with the Swahili civilization on the Kenyan and Tanzanian coast. This group gave rise to the maShona and the waRozwi tribes.

Great Zimbabwe is a ruined city in the rugged south-eastern hills of Zimbabwe near Lake Mutirikwe and the town of Masvingo, close to the Chimanimani Mountains and the Chipinge District. The site is not far from the country's border with Mozambique, which is located in the southeast of the African continent. It was the capital of the Kingdom of Zimbabwe during the country’s Late Iron Age.

Lake Mutirikwe, formerly known as Lake Kyle, lies in south eastern Zimbabwe, south east of Masvingo. It is thought to have been named Lake Kyle after the Kyle district in Scotland from which pioneer of the Lowveld Tom Murray MacDougall came originally. It covers about 90 km² and was created in 1960 with the construction of the Kyle Dam on the Mutirikwe River. 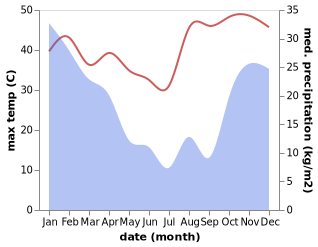