Tarinkot in the region of Orūzgān is a place in Afghanistan - some 231 mi or ( 372 km ) South-West of Kabul , the country's capital city .

Time in Tarinkot is now 07:37 AM (Tuesday) . The local timezone is named " Asia/Kabul " with a UTC offset of 4.5 hours. Depending on your budget, these more prominent locations might be interesting for you: Ziarat-e Shah Maqsud, Yak Lingah, Shurang-e Shamali, Sar Khum-e Sufla, and Sar Khum-e 'Ulya-ye Shamali. Since you are here already, consider visiting Ziarat-e Shah Maqsud . We saw some hobby film on the internet . Scroll down to see the most favourite one or select the video collection in the navigation. Where to go and what to see in Tarinkot ? We have collected some references on our attractions page.

Kamp Holland is the main Dutch military base on the outskirts of Tarin Kowt, the provincial capital of Uruzgan province in southern Afghanistan. The Dutch are present in Uruzgan as part of NATO's International Security Assistance Force (ISAF) mission in Afghanistan. The first group of Dutch military personnel left for Afghanistan in March 2006 in the Deployment Task Force (DTF). 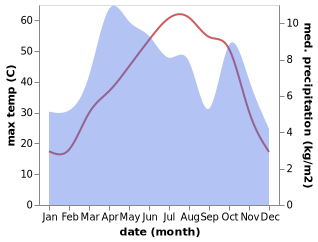