Local time in Qalat is now 08:31 PM (Monday) . The local timezone is named " Asia/Kabul " with a UTC offset of 4.5 hours. Depending on your flexibility, these larger cities might be interesting for you: Zafar Khel, Tarinkot, Tanah Tsah, Spin Ghbargah, and Spin Boldak. When in this area, you might want to check out Zafar Khel . We found some clip posted online . Scroll down to see the most favourite one or select the video collection in the navigation. Are you looking for some initial hints on what might be interesting in Qalat ? We have collected some references on our attractions page.

Mountains of Afghanistan from airplane 2009 Jan

Dubai-Kabul with Safi Airways in january 2009 ..

a dance battle with local nationals while on deployment in Afghanistan. Because of a copyright issue the song was deleted when I was uploading the video and youtube's music playlist isnt much help :/ ..

Zabul is a historic province in southern Afghanistan, in the heart of the historical region of Zabulistan. Zabul became an independent province from neighbouring Kandahar in 1963, with Qalat being named the provincial capital. It should not be confused with the city Zabol, on the Iranian side of the border with Afghanistan.

Argahandab District is a district of Zabul Province, Afghanistan. 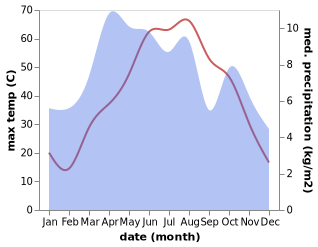