Tafuna in the region of Western District with its 11,017 habitants is a place located in American Samoa - some 4 mi or ( 7 km ) South of Pago Pago , the country's capital .

Local time in Tafuna is now 12:52 AM (Friday) . The local timezone is named " Pacific/Pago Pago " with a UTC offset of -11 hours. Depending on your mobility, these larger cities might be interesting for you: Apia, Aasu, Alofau, Alao, and Alega. When in this area, you might want to check out Apia . We discovered some clip posted online . Scroll down to see the most favourite one or select the video collection in the navigation. Are you looking for some initial hints on what might be interesting in Tafuna ? We have collected some references on our attractions page.

Our original Pacific Arts Festival video was very compressed and not very good quality. As we have now found a fast link, here is a better version. Enjoy... ..

Hawaiian Airlines 767, departing beautiful American Samoa. Usually this is late overnight flight but today it was a daytime flight. Discovered that this specific plane, # N590HA, flew the first disast ..

This is look at AMERICAN SAMOA 2011 NEW YEARS EVE before the clock strikes 12 Midnight, This for all of you who are home sick and who is serving the Country and abroad hope you all like this clip, bec ..

Teaser trailer for an upcoming documentary project to include the US Territory of American Samoa among other Pacific Island, Alaskan Native, and Native American peoples.Copyright 2010. Wide Angle Stud ..

Veterans Memorial Stadium is a football stadium located in Pago Pago Park, in Pago Pago, American Samoa. The 10,000 capacity venue is one of the smallest stadiums in Oceania, and serves as American Samoa's national stadium. It is the home venue of the American Samoa national football team, hosting all of their home games. It is currently used mostly for matches in various football codes, such as soccer, rugby league, and the territory's most popular code, American football.

Cathedral of the Holy Family in Pago Pago

Cathedral of the Holy Family in Pago Pago is a cathedral of the Roman Catholic Church in the United States. It is the mother church of the Diocese of Samoa-Pago Pago and is the seat of the prelate bishop of American Samoa. It is located in the City of Pago Pago.

Mapusaga is a small village located nine miles west of Pago Pago on Tutuila island in the American territory of American Samoa. Its coordinates are 14.33° south and 170.74389 ° west, with an elevation of 180 feet. The village is home to American Samoa Community College.

American Samoa Community College is a two-year WASC college located in the village of Mapusaga, on the island of Tutuila in American Samoa, an unorganized, unincorporated territory of the United States of America. Pago Pago, the capital of the territory and its center of commerce, is roughly nine miles to the east of the school. Only legal residents of American Samoa who have graduated from high school or obtained a General Equivalency Diploma are admitted to ASCC.

Tutuila is the largest and the main island of American Samoa in the archipelago of Samoan Islands. It is the third largest island in the Samoan Islands chain of the Central Pacific located roughly 4,000 kilometers northeast of Brisbane, Australia and over 1,200 kilometers northeast of Fiji. It contains a large, natural harbor, Pago Pago Harbor, where Pago Pago, the capital of American Samoa is situated. Pago Pago International Airport is also located on Tutuila island. 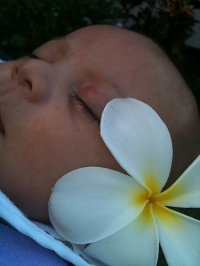