Local time in Lubango is now 04:59 AM (Tuesday) . The local timezone is named " Africa/Luanda " with a UTC offset of 1 hours. Depending on your mobility, these larger cities might be interesting for you: Sumbe, Quilemba, Ondjiva, Namibe, and Munhino. When in this area, you might want to check out Sumbe . We discovered some clip posted online . Scroll down to see the most favourite one or select the video collection in the navigation. Are you looking for some initial hints on what might be interesting in Lubango ? We have collected some references on our attractions page.

A photo tour of our EMI Architectural mission to Angola in 2007 ..

Lubango is the capital city of the Angolan province of Huíla. Its last known population was 100,757. Until 1975, the city's official name was Sá da Bandeira.

Estádio Nossa Senhora do Monte is a multi-use stadium in Lubango, Angola. It is currently used mostly for football matches and serves as the home of Sport Lubango e Benfica. The stadium holds 14,000 people.

Tundavala National Stadium is a multi-use stadium in Lubango, Huíla Province, Angola. Completed in 2010, it is used mostly for football matches and will host some events for the 2010 African Cup of Nations. The stadium has a capacity of 25,000 people.

Bibala is a town in southern Angola. It lies in Namibe Province. 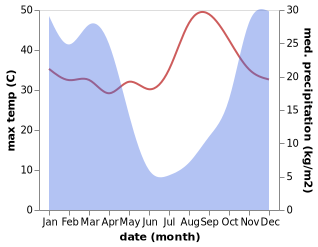