Time in Namibe is now 05:27 AM (Tuesday) . The local timezone is named " Africa/Luanda " with a UTC offset of 1 hours. Depending on your travel resources, these more prominent places might be interesting for you: Sumbe, Subida Grande, Sao Joao do Giraul, Saco do Giraul, and Praia Azul. Being here already, consider visiting Sumbe . Check out our recommendations for Namibe ? We have collected some references on our attractions page.

Namibe is a province of Angola, previously known as Moçâmedes when under Portuguese rule. It has an area of 57,091 km² and a population estimated (2006, official) of 313,667. The port and city of Namibe is the capital of the province with a population of 132,900 in 2004. Iona National Park is also located there. Near the coast of the Bentiaba desert have been found Late Cretaceous fossils of sharks, turtles, mosasaurs, plesiosaurs and sauropods.

Estádio Joaquim Morais is a multi-use stadium in Namibe, Angola. It is currently used mostly for football matches and serves as the home of Atlético Petróleos do Namibe. The stadium holds 5,000 people.

Namibe Airport (Portuguese: Aeroporto de Namibe) is an airport serving Namibe, the capital city of the Namibe province in Angola.

Sacomar is a railway town in southern Angola. 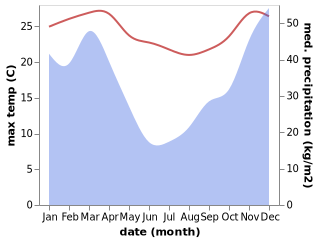