Time in Luau is now 08:48 AM (Tuesday) . The local timezone is named " Africa/Luanda " with a UTC offset of 1 hours. Depending on your budget, these more prominent locations might be interesting for you: Saurimo, Lucapa, Caiumbe, Dilolo, and Luena. Since you are here already, consider visiting Saurimo . Where to go and what to see in Luau ? We have collected some references on our attractions page.

Luau is a municipality in Angola in the province of Moxico on the border with the Democratic Republic of Congo. Until independence, the town was called Teixeira de Sousa, having been named after the Portuguese Prime Minister António Teixeira de Sousa. The town once had a population of nearly 90,000 due to its creation as a stopping point on the Benguela railway, however, the town has downsized considerably since independence.

Luau Airport (Portuguese: Aeroporto de Luau) is an airport serving Luau, a municipality in the province of Moxico in Angola. It is located on border between Angola and the Democratic Republic of the Congo. 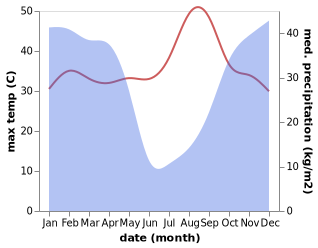