Local time in Rio de Janeiro is now 05:48 PM (Tuesday) . The local timezone is named " America/Sao Paulo " with a UTC offset of -2 hours. Depending on your flexibility, these larger cities might be interesting for you: Vitória, São Paulo, São José dos Campos, Sao Goncalo, and Santos. When in this area, you might want to check out Vitória . We found some clip posted online . Scroll down to see the most favourite one or select the video collection in the navigation. Are you looking for some initial hints on what might be interesting in Rio de Janeiro ? We have collected some references on our attractions page.

Jetman over Rio - the movie

Yves "Jetman" Rossy once again pushed the boundaries of aviation by completing a fabulous flight above the city of Rio de Janeiro, Brazil. This airborne pioneer, who is the only man to fly with a rigi ..

Watch the livestream www.facebook.com The B-Boys are chilling after a truly exciting day in Rio de Janeiro. Today, they went up to the favela Tabares Bastos, overlooking the city, with a beautiful vie ..

Estádio Figueira de Melo, also known as Figueirinha, is a multi-use stadium located in Rio de Janeiro, Brazil. It is used mostly for football matches and hosts the home matches of São Cristóvão de Futebol e Regatas. The stadium has a maximum capacity of 8,000 people and was built in 1916. The stadium is named after the street where it is located in, Figueira de Melo Street.

Jornal do Brasil, widely known as JB, is a daily newspaper published by Editora JB in Rio de Janeiro, Brazil. It was founded in 1891 and is the third oldest existent Brazilian paper, after the Diário de Pernambuco and O Estado de São Paulo.

Colégio Pedro II is a Federal Public School named after Pedro II of Brazil. It was founded on December 2, 1837, and made official by Imperial decree on December 20 of the same year. It was named after the Emperor, since it was founded on his birthday. Its first campus, downtown Rio de Janeiro, functions to this day. The school is mentioned in the Brazilian Constitution, which says that it should remain under the Federal orbit.

The Sambadrome Marquês de Sapucaí or simply Sambadrome is a purpose-built parade area in downtown Rio de Janeiro, Brazil where samba schools parade competitively each year during the Rio Carnival. The parades attract many thousands of Brazilians and foreign tourists each year.

São Cristóvão is a traditional neighborhood located in the northern zone of Rio de Janeiro city. 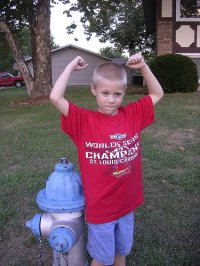 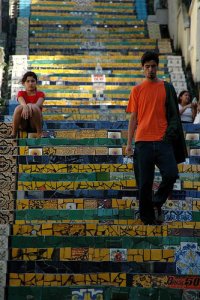 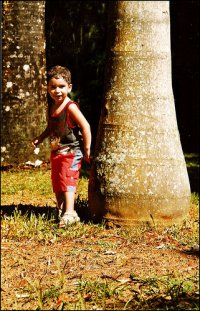