Delve into Santos in Brazil

Local time in Santos is now 01:22 AM (Tuesday) . The local timezone is named " America/Sao Paulo " with a UTC offset of -2 hours. Depending on your mobility, these larger destinations might be interesting for you: Taboao da Serra, Sumare, Sorocaba, Sao Vicente, and São Paulo. While being here, you might want to check out Taboao da Serra . We discovered some clip posted online . Scroll down to see the most favourite one or select the video collection in the navigation. Are you curious about the possible sightseeing spots and facts in Santos ? We have collected some references on our attractions page.

Baixada Santista is an official metropolitan area (Região metropolitana) on the coast of the São Paulo state originally centered around the port city of Santos. Its administrative center is located at Santos, because local economics and politics revolves around that city. Due to its nearby fine beaches and proximity to São Paulo city (40 minutes away), suburban cities in Baixada Santista have become a getaway destination and even a virtual suburb of São Paulo.

Estádio Urbano Caldeira, also known as Estádio Vila Belmiro, is an association football stadium located in the Vila Belmiro neighborhood of Santos, Brazil, and the home of Campeonato Brasileiro Série A club Santos Futebol Clube. The ground was inaugurated on October 12, 1916 when Santos beat Clube Atlético Ypiranga 2–1, with Adolfo Millon Jr. scoring the first goal of the stadium. It was named in honor of Urbano Caldeira, former player, manager and chairman of Santos, in 1933.

Estádio Ulrico Mursa is a football (soccer) stadium located in Santos, São Paulo state, Brazil. The stadium was built in 1920 and is able to hold approximately 10,000 people. The stadium is owned by Associação Atlética Portuguesa and its formal name honors Ulrico Mursa, who was Companhia Docas de Santos director.

All Saints' Church was established in the port city of Santos, in the state of São Paulo, Brazil, in April 1917, as a chaplaincy of the Church of England, where its main function was to assist both the British community resident there and sailors of all nationalities who passed through the port.

The Santos trolleybus system forms part of the public transport network in Santos, a municipality in the state of São Paulo, Brazil. Opened on 12 August 1963, it presently comprises only one line, and, along with the two São Paulo metropolitan area trolleybus systems, is one of only three trolleybus systems still operating in Brazil. 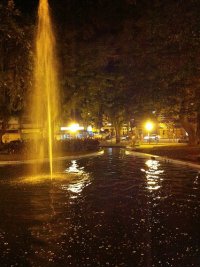 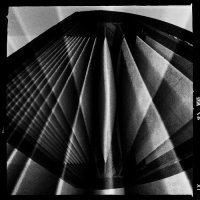 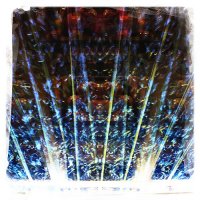 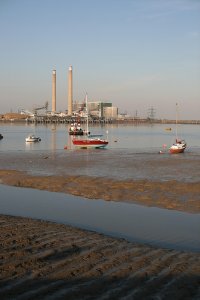