Local time in Anfu is now 03:13 PM (Saturday) . The local timezone is named " Asia/Chongqing " with a UTC offset of 8 hours. Depending on your mobility, these larger cities might be interesting for you: Yanjiang, Yibin, Xuantan, Suining, and Shuanghechang. When in this area, you might want to check out Yanjiang . Are you looking for some initial hints on what might be interesting in Anfu ? We have collected some references on our attractions page.

The Dazu Rock Carvings are a series of Chinese religious sculptures and carvings, dating back as far as the 7th century AD, depicting and influenced by Buddhist, Confucian and Taoist beliefs. Listed as a World Heritage Site, the Dazu Rock Carvings are made up of 75 protected sites containing some 50,000 statues, with over 100,000 Chinese characters forming inscriptions and epigraphs.

Rongchang County is a county of Chongqing Municipality, China. The county, with a population of 800,000, is located in the west of Chongqing .

Longchang County is a county of Sichuan Province, China. It is under the administration of Neijiang city. Longchang has a population of nearly 760,000, covering 794.41 square kilometer. Longchang seizes an important geographic location as the boundary of Sichuan and Chongqing, and plays as distributing center of Sichuan, Yunnan, Guizhou, Chongqing. 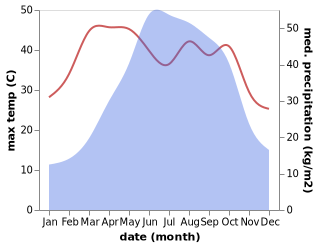