Xiaowuzhan in the region of Heilongjiang Sheng is a town located in China - some 826 mi or ( 1330 km ) North-East of Beijing , the country's capital .

Local time in Xiaowuzhan is now 03:38 PM (Wednesday) . The local timezone is named " Asia/Harbin " with a UTC offset of 8 hours. Depending on your flexibility, these larger cities might be interesting for you: Vladivostok, Birobidzhan, Qitaihe, Luozigou, and Longjing. When in this area, you might want to check out Vladivostok . Are you looking for some initial hints on what might be interesting in Xiaowuzhan ? We have collected some references on our attractions page.

Qitaihe is a prefecture-level city in Heilongjiang province. Lying in the eastern part of Heilongjiang Province in Northeast China and covering an area 6,223 square kilometers, Qitaihe is the smallest city among 13 prefecture and prefecture-level cities in this province. Qitaihe also has the second smallest population of the cities in Heilongjiang. At the 2010 census, its total population was 920,419, while 620,935 live in the built up area made of 3 urban districts. 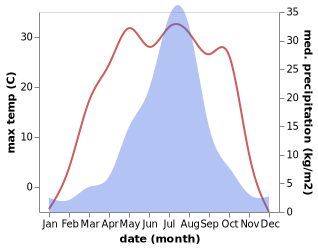