Local time in Xining is now 11:11 PM (Monday) . The local timezone is named " Asia/Chongqing " with a UTC offset of 8 hours. Depending on your mobility, these larger cities might be interesting for you: Suzhou, Zongzhai, Laxiong, Quguoqiongwa, and Rongwo. When in this area, you might want to check out Suzhou . We discovered some clip posted online . Scroll down to see the most favourite one or select the video collection in the navigation. Are you looking for some initial hints on what might be interesting in Xining ? We have collected some references on our attractions page.

Images taken on the newly opened Train line from Golmud to Lhasa. This line is the world's highest train crossing the Kunlun Mountains Pass at 4700 meters. ..

Chengxi District is a district in Xining municipality, Qinghai. It covers the western part of Xining's built-up conurbation. It has over 200 000 residents (2004). Ethnically, most are Han-nation; there are also Hui (回), Tibetan (藏, Zang), Tujia (土等), etc. - 26 in all.

Ma Bufang Mansion was the mansion of the Chinese Muslim warlord and General Ma Bufang and his family from 1943–1949, and now is a tourist attraction, in Xining, Qinghai, China. Ma Bufang was a Kuomintang party member, so the mansion has numerous portraits of the Kuomintang founder Dr. Sun Yatsen and Blue Sky with a White Sun flags. It also includes many portraits of Ma Clique warlords. Construction initiated on June 1942 and finished in June 1943.

Xining railway station is the main railway station serving the city of Xining in Qinghai, China. It is the first station on the Qinghai–Tibet Railway which connects the city with Lhasa in Tibet.

Chengzhong is a district of the city-level prefecture of Xining, the capital of the Chinese province of Qinghai. It has an area of 10.5 km² and has 150,000 inhabitants (2004).

Chengdong District is a district of Qinghai Province, China. It is under the administration of Xining city. 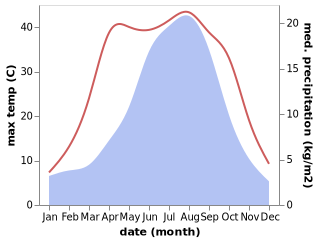