Current time in Bucaramanga is now 03:32 AM (Monday) . The local timezone is named " America/Bogota " with a UTC offset of -5 hours. Depending on the availability of means of transportation, these more prominent locations might be interesting for you: Tariba, San Cristóbal, San Antonio del Tachira, Rubio, and Maracaibo. Since you are here already, make sure to check out Tariba . We encountered some video on the web . Scroll down to see the most favourite one or select the video collection in the navigation. Where to go and what to see in Bucaramanga ? We have collected some references on our attractions page.

Estadio Alfonso López is a multi-purpose stadium in Bucaramanga, Colombia. It is currently used mostly for football matches. The stadium has a capacity of 25,000 people, and is the home of Atlético Bucaramanga and Real Santander. It had the first synthetic grass pitch in Colombia.

Club Atlético Bucaramanga Corporacion Deportiva, better known as Atlético Bucaramanga, is a Colombian football club based in the city of Bucaramanga. The club was founded on May 11, 1949 by Rafael Chaberman, a Barranquilla, Colombian merchant of Jewish origin, along with several citizens of the time, mostly belonging to the santanderean Football League. Bucaramanga play their home games at the Alfonso López stadium, which has a capacity of approximately 25,000 seats.

The Industrial University of Santander (Spanish: Universidad Industrial de Santander), also called UIS, is a public, coeducational, research university based primarily in Bucaramanga, Santander, Colombia. It is the largest by student population and the most important higher education institution in the northeast of the country. The university was created by ordinance No. 83 of June 22, 1944, by the Departmental Assembly, and began its labors in March 1948.

Bucaramanga is the capital city of the department of Santander, Colombia. Bucaramanga has the fifth largest economy in Colombia, and has the sixth largest population in country, with 1,212,656 people in its metropolitan area. Bucaramanga has over 160 parks scattered throughout the city and has been given the nickname "La Ciudad de Los Parques" ("City of Parks") and "La Ciudad Bonita de Colombia" ("Colombia's Beautiful City"). It is internationally recognized for its parks.

Rionegro is a town and municipality in the Santander Department in northeastern Colombia. 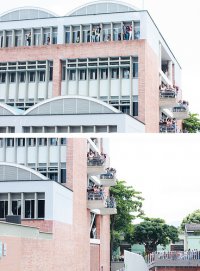 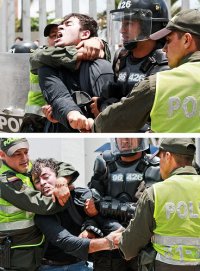 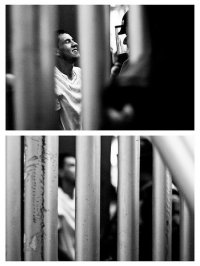 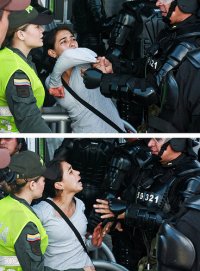