Local time in Brno is now 04:16 PM (Monday) . The local timezone is named " Europe/Prague " with a UTC offset of 1 hours. Depending on your flexibility, these larger cities might be interesting for you: Vienna, Sankt Pölten, Mödling, Berlin, and Budapest. When in this area, you might want to check out Vienna . We found some clip posted online . Scroll down to see the most favourite one or select the video collection in the navigation. Are you looking for some initial hints on what might be interesting in Brno ? We have collected some references on our attractions page.

Went to Brno, the "Austrian Manchester'. It is of course now not in Austria any more. It is generally regarded as the second city of the Czech Republic, and the capital of the region of Moravia. Every ..

The Moravian Gallery in Brno (Czech: Moravská galerie v Brně) is the second largest art museum in the Czech Republic, established in 1961 by merging of two older institutions. It is situated in three main buildings: Pražák Palace, Governor's Palace and Museum of Decorative Arts. Since 1963 the gallery has organized the International Biennale of Graphic Design (Mezinárodní bienále grafického designu).

More reading: Wikipedia Article
Located at 49.20 16.60 (Lat./Long.); Less than 0 km away
Tags: 1961 establishments in Czechoslovakia, Art museums and galleries in the Czech Republic, Art museums established in 1961, Museums in Brno

Constitutional Court of the Czech Republic

The Orel movement is a Moravia-based Czech youth movement and gymnastics organization which emerged between 1902-1909 as Catholic Church-supported competitor of the nationalistic and therefore, in the local policical context, rather anti-Catholic organization Sokol. A similar organization with the same name was organized also in the Slovene Lands and in Croatia, where it successfully competed with the local Sokol movement.

Moravské zemské muzeum (Moravian Museum in English) is the second largest and oldest museum in the Czech Republic. The museum was founded in July 1817 in Brno. Its collections include over 6 millions of objects from many fields of science and culture. 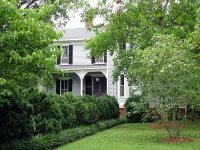 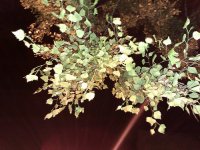 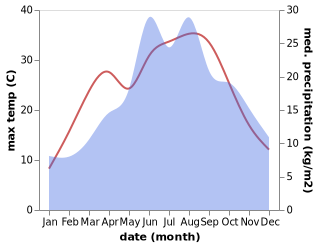