Delve into Budapest in Hungary

Budapest in the region of Budapest with its 1,696,128 residents is located in Hungary and is the capital of this country.

Local time in Budapest is now 09:30 PM (Wednesday) . The local timezone is named " Europe/Budapest " with a UTC offset of 1 hours. Depending on your mobility, these larger destinations might be interesting for you: Timişoara, Oradea, Szeged, Belgrade, and Veszprém. While being here, you might want to check out Timişoara . We discovered some clip posted online . Scroll down to see the most favourite one or select the video collection in the navigation. Are you curious about the possible sightsseing spots and facts in Budapest ? We have collected some references on our attractions page.

Hungary's Parliament is enormous, with literally miles of grand halls. Originally housing the sprawling multi-national Habsburg empire, it's now a palace of democracy. And locals enjoy a communal soak ..

The House of Terror, housed in the former headquarters of both the Nazis and, later, the communist secret police, displays the dark underside of Hungary's 20th century story. Welcoming travelers with ..

Inner City is part of the historic old town of Pest. Today it is a part of the 5th District of Budapest, Hungary. Budapest's main shopping street, Váci utca ("Váci Street"), is located there, as is a large part of the city's commercial life, banks and travel agencies. Many tourists start sightseeing there. In a broader sense, the city centre of Budapest is bordered by the Grand Boulevard on Pest side of the city.

The Zero Kilometre Stone is a 3 m high limestone sculpture in Budapest, forming a zero sign, with an inscription on its pedestal reading "KM" for kilometres. This stone marks the reference point from which all road distances to Budapest are measured in the country. The reference point had initially been located at the threshold of Buda Royal Palace, but was moved to its present location by Széchenyi Chain Bridge when the crossing was completed in 1849.

Várhegy is an area of Budapest, Hungary, located in the I. District of Buda Castle.

The Széchenyi Chain Bridge is a suspension bridge that spans the River Danube between Buda and Pest, the western and eastern sides of Budapest, the capital of Hungary. Designed by the English engineer William Tierney Clark, it was the first permanent bridge across the Danube in Budapest, and was opened in 1849.

The National Széchényi Library (Hungarian: Országos Széchényi Könyvtár) (OSZK) is a library in Budapest, Hungary. It is one of the two Hungarian national libraries, the other being the University of Debrecen Library. 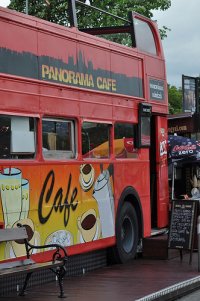 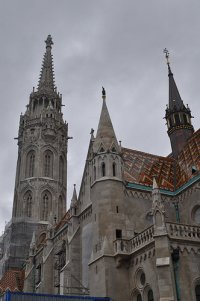 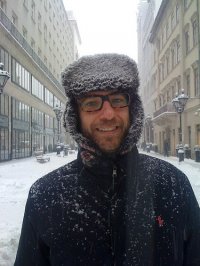 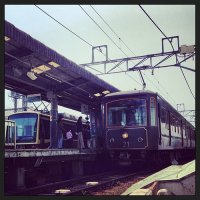 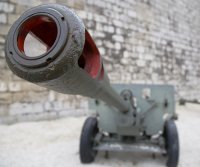 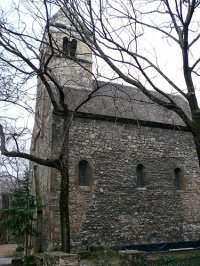 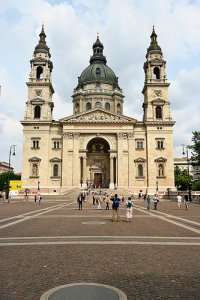 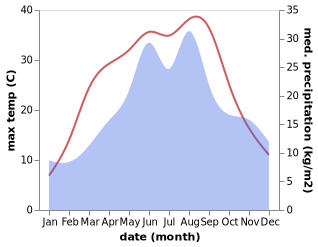