Local time in Al Fayyum is now 08:40 PM (Sunday) . The local timezone is named " Africa/Cairo " with a UTC offset of 2 hours. Depending on your flexibility, these larger cities might be interesting for you: Gaza, Tel Aviv, Beersheba, Izbat Zuhay, and Tima Fayyum. When in this area, you might want to check out Gaza . We found some clip posted online . Scroll down to see the most favourite one or select the video collection in the navigation. Are you looking for some initial hints on what might be interesting in Al Fayyum ? We have collected some references on our attractions page.

We Names Is mokhtar and ahmed we was born and raised in the fayoum City . Ever since I've started listening to music, Rap has been the one kind of genre , which attracted me the most. , because this t ..

The Fayoum Stadium is a multi-purpose stadium located in Fayoum, Egypt. It is used mostly for football and serves as the home stadium of Misr El Makasa. The stadium has a capacity of 10,000 people.

Fayoum University (FU) is a public university located in the Egyptian city of Al Fayoum in northern Egypt. From 1976 to 2005, Fayoum University was a public institution within the University of Cairo. In August 2005, it was established as an independent campus with 2,000 faculty members and enrollment of about 25. 000 students. The city of Fayoum is an oasis located approximately 63 miles southwest of Cairo and is noted for its agricultural production and tourism.

Hawara is an archaeological site of Ancient Egypt, south of the site of Crocodilopolis (Arsinoe) at the entrance to the depression of the Fayyum oasis. The first excavations at the site were made by Karl Lepsius, in 1843.

The Bahr Yussef, which roughly translates from Arabic as "the waterway of Joseph" (but literally "sea", not "river", which would be "Nahr"), is a canal which connects the Nile River with Fayyum in Egypt. This was originally in prehistoric times a natural offshoot of the Nile which created a lake to the west during high floods. Beginning with the 12th dynasty, the waterway was enlarged and the Fayyum was developed to enlarge Lake Moeris. 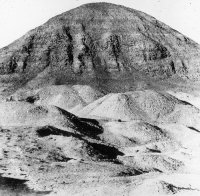 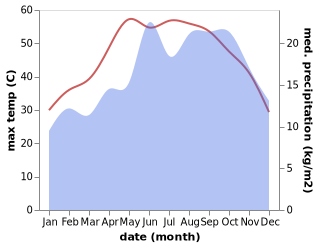