Giannades in the region of Ionian Islands with its 776 habitants is a town located in Greece - some 242 mi or ( 389 km ) North-West of Athens , the country's capital .

Local time in Giannades is now 02:28 PM (Tuesday) . The local timezone is named " Europe/Athens " with a UTC offset of 2 hours. Depending on your flexibility, these larger cities might be interesting for you: Sarandë, Sofia, Korçë, Gjirokastër, and Skopje. When in this area, you might want to check out Sarandë . We found some clip posted online . Scroll down to see the most favourite one or select the video collection in the navigation. Are you looking for some initial hints on what might be interesting in Giannades ? We have collected some references on our attractions page.

Glyfada Beach 29 June 2008. I stayed at the Grand Hotel which is right on the beach and went for a walk at about 8am on Sunday and then later I took more video when the beach was busy. ..

Kontokali is a village located 4.8 km north of Corfu Town on the gulf of Guvia. It is named after Cristoforo Condocali, a Venetian statesman who was awarded the estate after his successful participation in the Battle of Lepanto.

Angelokastro is one of the most important Byzantine castles of Greece. It is located on the island of Corfu at the top of the highest peak of the island's shoreline in the northwest coast near Palaiokastritsa and built on particularly precipitous and rocky terrain. It stands 1,000 ft on a steep cliff above the sea and surveys the City of Corfu and the mountains of mainland Greece to the southeast and a wide area of Corfu toward the northeast and northwest.

Lazaretto Island, is located two nautical miles northeast of Corfu. The island has an area of 17.5 acres and is administered by the Greek National Tourist Organization. It gets its name from the lazaretto located there. During Venetian rule in the early 16th century a monastery was built on the islet and a leprosarium was established there later that century, after which the island was named. 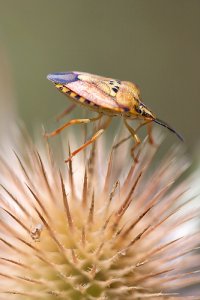 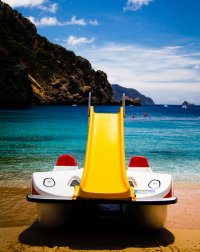 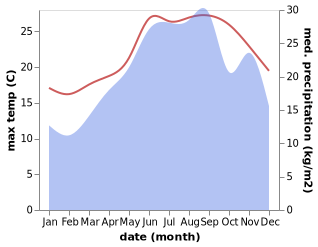