Time in Dakhla is now 10:11 PM (Wednesday) . The local timezone is named " Africa/El Aaiun " with a UTC offset of 0 hours. Depending on your budget, these more prominent locations might be interesting for you: Zouérat, Nouadhibou, Atar, El Aargub, and El Aargub. Since you are here already, consider visiting Zouérat . We saw some hobby film on the internet . Scroll down to see the most favourite one or select the video collection in the navigation. Where to go and what to see in Dakhla ? We have collected some references on our attractions page.

Preview of Ventalili's blog at TravelPod. Read the full blog here: www.travelpod.com This blog preview was made by TravelPod using the TripAdvisor™ TripWow slideshow creator. Learn more about these vi ..

The fantastic Dakhla Festival (www.supglobal.com is a huge water sports festival in Western Sahara - some of the Stand Up Paddle Surfers sneaked off for some waves and took a camera - check out the ac ..

Dakhla (Dajla), is a city in the Western Sahara and the Sahrawi Arab Democratic Republic and the capital of the Moroccan administrative region Oued Ed-Dahab-Lagouira. It has about 55,618 inhabitants and is built on a narrow peninsula of the Atlantic Coast about 550 km south of El Aaiún (Laayoune).

Dakhla Airport is an airport serving Dakhla (also known as Dajla or ad-Dakhla, formerly Villa Cisneros), a city in Western Sahara, disputed south province of Morocco. The airport is operated by the Moroccan state-owned company ONDA. 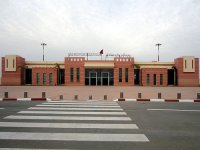 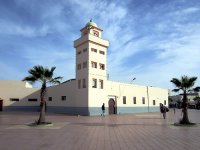 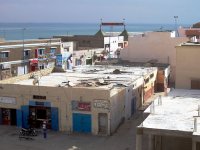 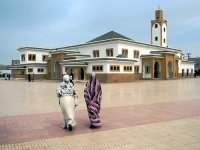 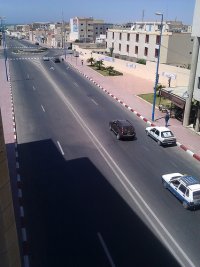